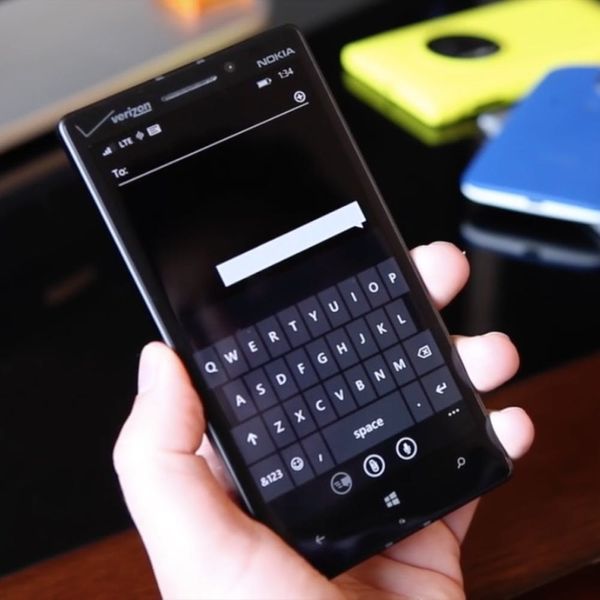 When competitors play nice with one another, the customers benefit. Microsoft is certainly doing iPhone users a solid with their latest app that’s in the works. If rumors are to be believed, Microsoft is bringing their keyboard to iOS. The Verge reports they’ve been obtained an email from the tech giant asking members of their Windows Insider Program for beta testers for their new iOS version of their exemplary Word Flow keyboard and people are stoked.

Word Flow is Windows Phone’s very accurate intelligent keyboard that previously held the world record for the fastest paragraph ever typed and lauded all over for its simplicity and easiness to use. You simply swipe and the keyboard will predict words for you. Additionally, it even has emoji predictions so if you type the word “cat,” cat emojis appear.

Sure, apps like Swift Key + WhatsApp have similar features and Apple implemented predictive texting with iOS 9, but Microsoft’s keyboard is so much smarter, you don’t even need to take a break in between words when you’re typing. The software can actually do that for you. Genius.

No word yet on when the keyboard is going to make its appearance. “Before publicly releasing this keyboard to the App Store, we’d love to give Insiders like you a preview,” Microsoft wrote in their email. “With your feedback, we’ll build a roadmap of improvements to the keyboard over time.”

Fingers double crossed that we’ll be seeing this in the App Store soon so we can all type like the wind.

Check out the video for the keyboard below.

Will you be checking out the Microsoft keyboard? Tweet us @BritandCo!