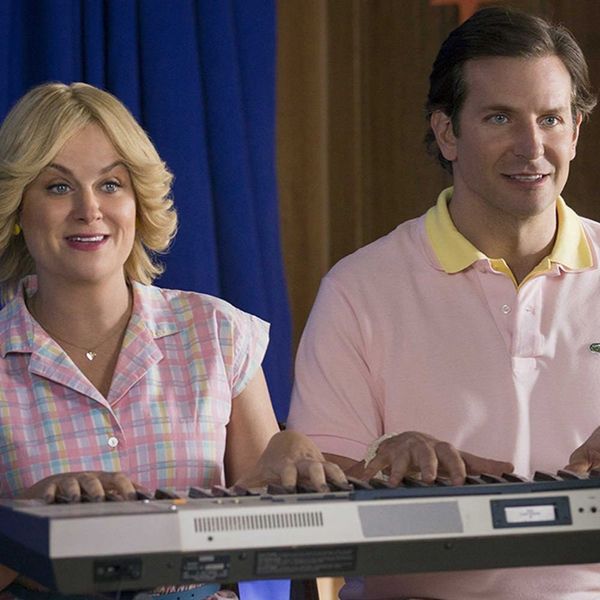 Can you believe it’s already August? We definitely can’t, but we can believe today is National Watermelon Day, making this Monday 100% more bearable than others because we’ll have a frozen watermelon mint margarita in our hand (hopefully all day long ;) To accompany that tequila cocktail, we’ve got five commute essentials — Netflix’s newest show, a classic book series, two new apps + a podcast about periods — that will easily pass all those hours until Friday rolls around.

1. Wet Hot American Summer: First Day of Camp: As if Netflix isn’t giving us enough to watch in August, they dropped this prequel series to the cult summer camp comedy movie onto the streaming site over the weekend. It’s packed with stars like Amy Poehler, Bradley Cooper, Paul Rudd and more, and you’ll chuckle your way to work as you uncover the origin stories of the Camp Firewood kids and then cross your fingers for a sequel season.

2. Tales of the City Book Series by Armistead Maupin (Available Amazon, Barnes + Noble, Books-A-Million, iBooks, IndieBound + Powell’s): You may have been introduced to this author for the first time during the premiere episode of I Am Cait, when the series kicked off with his quote, “The world changes in direct proportion to the number of people willing to be honest about their lives.” If you are unaware of his work, it’s a definite must-read. Over four decades and nine books, the semi-autobiographical Tales of the City book series tells the stories of LGBTQ people living in San Francisco, tackling everything from the AIDS epidemic to the trans movement to the changing landscape and acceptance of the LGBTQ community throughout the years. After one page you’ll be hooked and tearing through pages nonstop until you close ninth and final book of the transformative series, feeling every emotion possible throughout the process. (Photo via @seangriffis)

3. YourMoji (Free on iOS + Coming Soon to Android): We DLed Bitmoji + Memoji for their takes on personalized emoji, and now there’s another app in that category that can put your face into the Unicode emoji we use on the daily. Add your face, your friend’s or even your pet’s mug onto the salsa gal, the dancing girls and more, create unique personalized emoji you’ll only find on your keyboard and even discover brand new emoji + GIFs to share with all of your contacts to bring new life to even the dullest chats. Your convos will never be the same again.

4. First Time (Available on iTunes + PodBean): Dear Kate, the co behind some amazing apparel + underthings (and that period story video), just teamed up with NYC-based comic Emma Willmann for a podcast tackling the “red badge of courage.” If you’re thinking, “Wait, is this a podcast about periods?” you’d be 100% correct. Each episode features Emma interviewing ladies sharing their stories about everything from period sex, period hacks and period nightmares. As the show’s slogan goes, “Tune in each Friday: There will be blood.” Can’t say they didn’t warn you.

5. LRN (Free on iOS + Coming Soon to Android): If you’ve always wanted to learn how coding works, we’ve got an online class for you ;) If you want to supplement that class, try out this app that lets you learn code at your own convenience. Open it up while on your public transit commute to better understand how to read, write and speak the language of programming with the help of mini-quizzes. By using both outlets regularly you’ll be much closer to becoming fluent than you were the week before.

What are your commute picks this week? Share them with us in the comments.