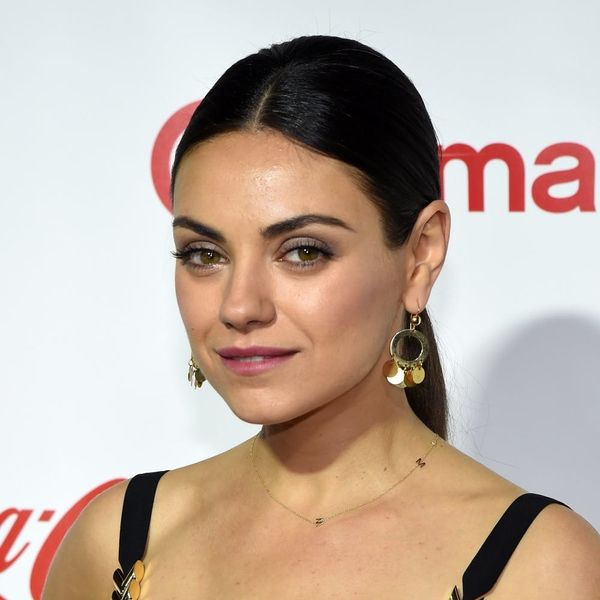 Mila Kunis is definitely busy these days promoting her new movie, Bad Moms, while also pregnant with baby #2. Though she and hubby, Ashton Kutcher, are enjoying life together as one of the hottest couples in Hollywood, their private lives are much more laid back. That includes their wedding bands, which Mila has just revealed that she got from — nope, not Tiffany’s or any other high-end jeweler — Etsy. And you won’t believe how much she paid!

With celeb engagement rings being on the giant side these days, Mila does admit that Ashton gave her an incredibly impressive token when she said “yes.” She also revealed, while chatting on Conan, that she rarely wears that ring, and instead is usually seen with just her wedding band on. That is, if you can spot her wedding band.

Saying that her search for rings started with her desire to find the thinnest ones possible, she couldn’t believe how much they would cost from the regular ol’ retailers. So, she headed over to Etsy instead.

It didn’t take her long to find just what she was looking for, and when she spotted the price of a mere $90 (although Ashton’s was a little more at $100), she hit the “buy” button and was on her way to wedded bliss.

So the next time you think you need to spend some big bucks to live like the stars, remember that Mila paid less than $100 for her wedding band and that she bought it from one lucky craftsperson (do you think they even know that Mila and Ashton are wearing their rings?).

Where did you (or do you plan to) get your wedding rings from? Tweet us @BritandCo!