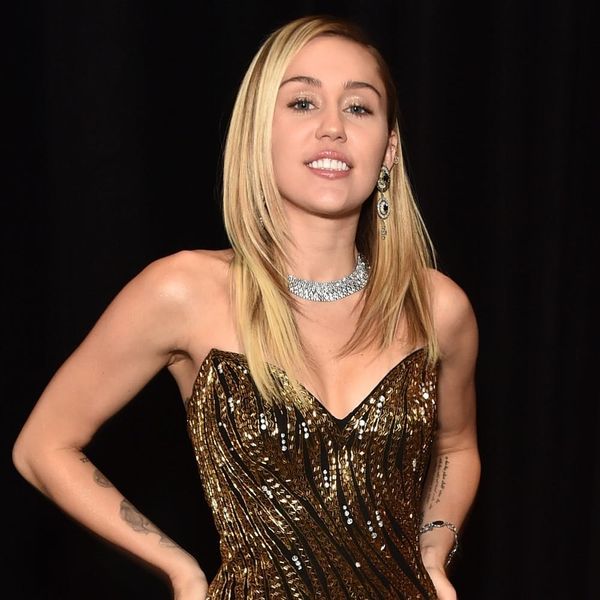 For the second time this week, Miley Cyrus has found herself and her appearance under scrutiny by fans. First, viewers of The Voice were divided over the outfit she chose to wear on Tuesday’s episode. Then people started speculating that she was pregnant, because of a photo she posted from her birthday and Thanksgiving celebration.

On Thursday, the 25-year-old shared an Instagram pic of herself posing in a long gray T-shirt by some shiny balloons that spelled out her name. “So close to b-day time!” she captioned the image. “Stoked for a day full of Tofurkey & loved ones! Ain’t it ironic? #VeganTurkeyBaby.”

Perhaps because of the hashtag, or the way the singer was posing (leaning back and arching her body slightly), some commenters apparently thought that Cyrus was pregnant and expecting a baby with her fiancé, Liam Hemsworth (who gave her a sweet personalized gift earlier in the day).

The “Malibu” singer took notice of the chatter and decided to respond in a perfectly Miley way.

Posting a screenshot of coverage suggesting that she might have a little one on board, the Disney Channel alum added her own caption: “RUDE!!!” (Fair enough.) She then added, “Not pregnant just eating a sh*t ton of tofurkey.”

Frankly, we relate. Who hasn’t stuffed themselves at Thanksgiving?

What do you think about the fact that fans were speculating that Miley Cyrus was pregnant? Let us know @BritandCo.