4 Ways to Hack Your Brain to Actually Feel Healthier 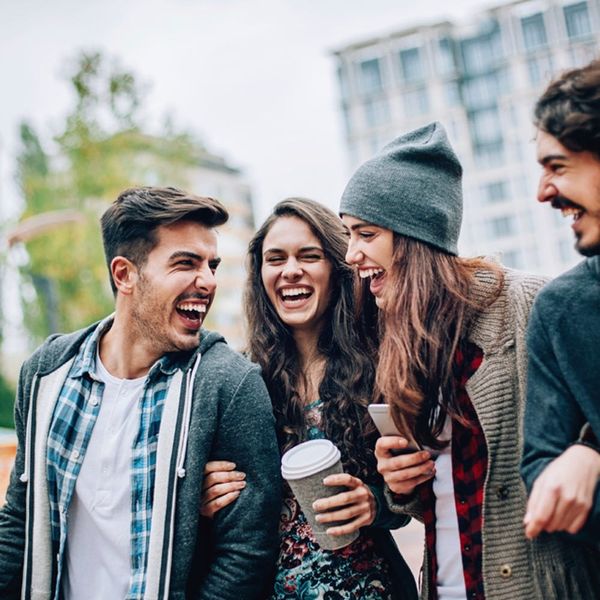 Beating pain, staying fit and feeling good can seem like a Herculean set of tasks to keep up with when most of us are just trying to get through the day. Who can think about hitting the gym when you’re mentally exhausted from a full day of work? Ongoing research suggests that when it comes to your health, it’s a mind-over-matter game.

Beefing up your mind-body connection can not only make you a more mindful individual, but can also give you complete control over your health and well-being. Practice some of these mental tricks and see what they can do for you:

1. Take the upper hand over your health. Believe you are the master of your health and your body will fall in line. Take it from a study by Langer done on a few military hopefuls with 20/20 vision: Half of the group were dressed as pilots and put into a flight stimulator with the instruction to fly as if they were really in an air fight. The other half were put in the same simulator and told it was broken, but were told to pretend they were flying a plane anyway. After the study, the participants who were told to give it their all had 40% better eyesight than the group told just to pretend to fly.

2. Turn your everyday tasks into fitness upkeep. No need to toil away on the stairmaster — just moving your body every day can be enough to keep you trim if you go into it thinking it will. Like the Langer study done with housemaids: The half that was told that cleaning is great exercise lost significant amounts of weight. The other half, which had healthier BMIs, was not told anything positive about their job and didn’t lose any weight.

3. Use positive thinking to combat pain. Reducing stress hormones allows the immune system the energy it needs to devote to illnesses and pain in the body. So reduce your stress by adjusting your thinking. Tell yourself that you are “beating a cold” rather than “suffering from a cold,” for example.

4. Fake it ’til you make it. Merely just acting how you want to feel can have a surprising effect on the body. Participants in another Langer study were told to watch a video of sick people while pretending they were also sick, clutching tissues and blankets for effect. Over 40% reported real cold symptoms afterward. Blood tests showed that their bodies were releasing antibodies and launching an immune response to the imaginary sickness. Another UCLA study found that laughter was a powerful tool in overcoming illness. Taking in some comedy releases illness-squashing endorphins, nature’s analgesic.

Abigail Bruley
Abigail is using her recovery time from a Traumatic Brain Injury to learn all that she can about the brain and it's mysterious workings. As a writer, illustrator, and first-time filmmaker, she's always searching for ways to expand creativity and refine her sensibilities. She's written for Refinery 29, NBC, Nylon, and many others and runs the blog /BETTER DAMAGE/ , an irreverent take on life after brain injury .
Health
More From Health