Miranda Lambert Wore a Breathtaking Cinderella-Style Gown to the CMAs 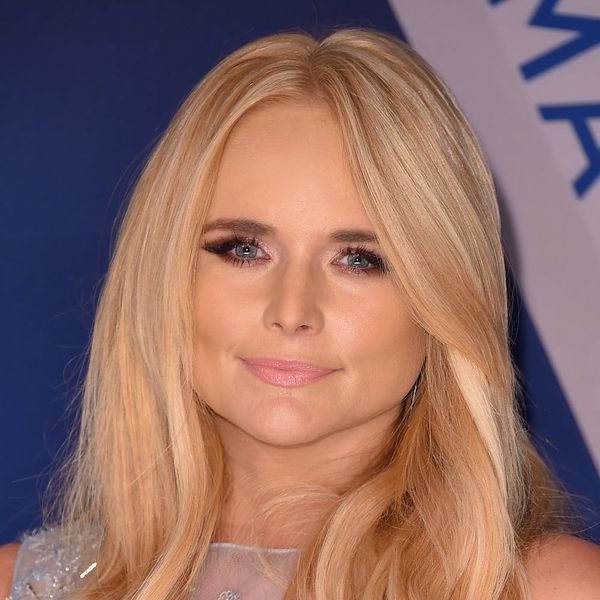 There were plenty of gorgeous, glitzy gowns to behold on the red carpet for last night’s CMA Awards, but one gown, in particular, stood out among all the rest, as seen on Female Vocalist of the Year Miranda Lambert.

With its icy blue hue and poufy tulle skirt, the songstress’ fairy-tale Tony Ward frock had us harkening back to a Disney princess from our youth: Cinderella.

Sure, Lambert’s design is a bit more streamlined than the classic animated version, with a few modern details added in in the form of its sheer bodice and thin metallic belt in place of the cartoon character’s choker — but the idea of the piece is essentially the same, channeling pure, unadulterated magic.

It was certainly transformative: Just hours prior to the show, the “Tin Man” crooner posted a shot of herself getting all dolled up for the event looking far more casual in a camo tee, a laid-back ponytail, and what appeared to be either a pencil or a drumstick sticking out from her hair. “Before,” the 33-year-old wrote.

Her makeup artist, Moani Lee, also gave us a glimpse of the finished product with a “backstage glam shot,” which showed off the frosty pastel eyeshadow and lipstick she paired with her showstopping dress.

While she certainly wasn’t the first celeb to don the look — countless others, including Claire Danes at the 2016 Met Ball, Blake Lively in Cannes, and Hilary Duff on the streets of NYC, have also paid homage to the princess with their sartorial choices over the years — we must say, Lambert definitely looks enchanting.

What do you think of Miranda’s fairy-tale gown? Share with us @BritandCo.