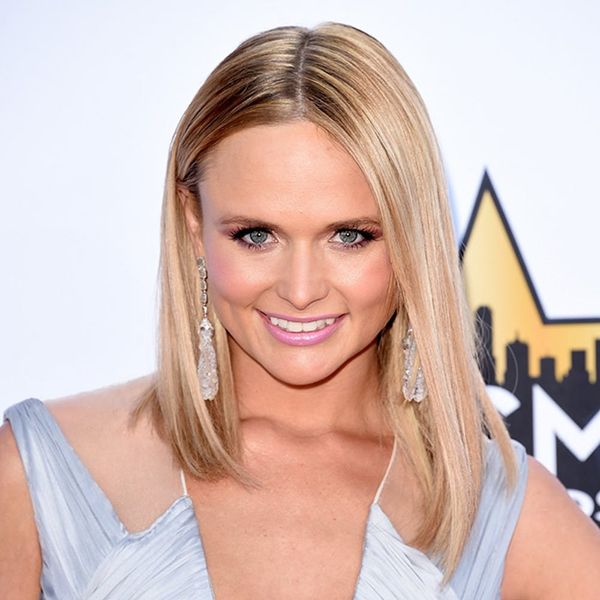 It’s been a tough month for Miranda Lambert, y’all, but you wouldn’t even know it. The now 32-year-old country singer (HBD, Miranda!) recently announced her split from husband Blake Shelton, so she probably wasn’t looking forward to her first single birthday in a bit that much. Right? Wrong.

GETTING CREATIVE WITH FRIENDS. And UNICORNS.

Miranda gets by with a little help from her friends (can’t you hear The Beatles playing now?!) and she’s got some really loyal and creative ones. If you’re a Miranda fan (like I am, hi) you know there’s nothing she loves more than spending time with her horses. That said, why ride a horse on your birthday when you can ride a *unicorn*?

Yup. Miranda’s girlfriends got creative and adorned her horse Sophie with a pink unicorn horn, a multi-colored mane and drew fun designs like a cheery sun and colorful rainbow on her side. Her buds knew Miranda was a fan of the fairytale-like creatures — earlier this week, she posted a pic of her unicorn and rainbow adorned coffee cup. Way to brighten the mood and lift spirits, ladies! Best DIYable birthday tip ever: Comb your friend’s social media for the most creative birthday gift ideas.

BEING POSITIVE — on Social Media and IRL

Breakups can often bring on emo everything — we’ve all been there and ish ain’t fun. There are some people on your feeds who wear their broken hearts on their very public sleeves. But instead of succumbing to (and sharing) all the negativity that goes along with a recently severed, public relationship, Miranda has put a positive spin on things.

The morning after her big Country Music Awards win (where her ex and his girlfriend Gwen Stefani debuted their new relationship, ouchhh) she posted an Insta of her with her beloved horse with a caption that thanked her fans for their support: “…Today was a day spend reflecting on this amazing life that Nashville and country music fans have given me. And my friends. I’m so grateful.” Three snaps for Miranda’s gratefulness and positivity without a hint of snark, y’all — and for her killer CMA look.

It’d be easy for Miranda to take a break from social media and the spotlight in general during this time (that’s what lots of celebs do, anyway). Who wants a bunch of strangers sharing their two cents on topics that are super sensitive? Well, Miranda has done just the opposite — she’s been really open with her fans posting photos with captions that give us a peek into how she’s feeling.

Earlier this week, she posted a pic of a song she was listening to called “Better Than” by Lake Street Dive. She captioned the photo with telling lyrics: “I could spend ages reading the news/ I could spend days, singing the blues/But I turn up the TV light/Give up without a fight/Better than pretending to know what’s wrong and what’s right” This song. This band. These lyrics. @lakestreetdive thanks @ape_lewis for turning me on to this.” She seems to be looking at things with the glass half full and wants us all to know it. Go Miranda go!

How do you get over a breakup? Share your thoughts in the comments below.

Beth Wischnia
You can typically find this Texan writing, trying on a new lipstick, gabbing with her identical twin sister or volunteering at the local animal shelter. She finds inspiration from rosé, beauty products, Tex-Mex and cats.
Relationships
More From Relationships