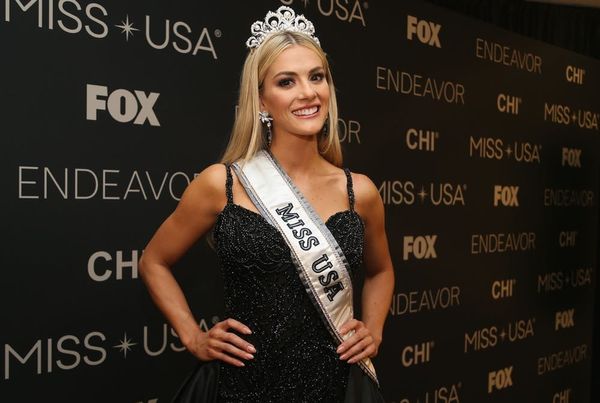 With just a few days to go until the 2018 Miss Universe pageant on Sunday, December 16, a video of Miss USA has sparked controversy online. In the video, which was reportedly captured from an Instagram live session on Miss Colombia Valeria Morales’ account, Miss USA Sarah Rose Summers comments on some of her fellow contestants who don’t speak English.

“What do you think of Miss Vietnam [H’Hen Nie] Nie?” Summers asks Morales and Miss Australia Francesca Hung in the clip. Summers then answers her own question, saying, “She’s so cute and she pretends to know so much English and then you ask her a question after having a whole conversation with her and she goes [nods and smiles]. She’s adorable.” She then laughs and does her impression of Nie again.

In a separate clip, she comments on another contestant, Miss Cambodia, Rern Sinat. “Miss Cambodia is here and doesn’t speak any English, and not a single other person speaks her language. Can you imagine?” she asks. “Francesca said that would be so isolating and I said yes and just confusing all the time. … Poor Cambodia.”

Commenters were quick to call out Summers for the remarks. One pointed out that the competition, which will take place in Bangkok, Thailand, is a global event (with contestants from 94 countries and territories) and not an “English class.” Some questioned whether Summers herself speaks multiple languages, and still others said that even if her comments weren’t intended to be mean-spirited, they came off as insensitive and condescending.

Summers was crowned Miss USA in May 2018. According to E! News, the Miss Universe organization has not yet commented on the video.

What do you think of Miss USA’s comments? Let us know @BritandCo.