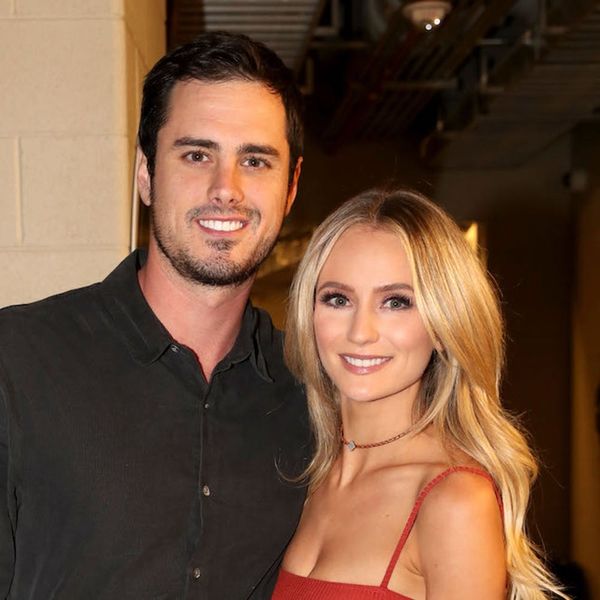 Another Bachelor Nation breakup and more controversy from the White House lead this morning’s top news stories. Check those and more out below in Tuesday’s Morning Buzz.

1. Something about Ben Higgins and Lauren Bushnell made you want to root for them, even if their post-Bachelor relationship seemed anything but stable. Now, the pair join the many couples from the show who have split, as they’ve confirmed in a statement to People that they’re officially done. “It is with heavy hearts that we announce our decision to go our separate ways,” their statement said. “We feel fortunate for the time we had together, and will remain friends with much love and respect for one another. We wish nothing but the best for each other, and ask for your support and understanding at this time.” Onward! (Photo via Christopher Polk/Getty)

2. President Trump has reportedly shared top-secret information with Russian officials.The Washington Post broke the story that, in a meeting with the Russian foreign minister and ambassador at the White House last week, President Trump revealed classified information related to ISIS. This information had reportedly not even been shared with US military allies. Trump defended what he did on Twitter, as he does, this morning, saying, “As President I wanted to share with Russia, which I have the absolute right to do, facts pertaining to terrorism and airline flight safety,” claiming he wants Russia to up their fights against ISIS. (Photo via Chip Somodevilla/Getty)

Hello. I witnessed a "Sisterhood of the Traveling Pants" reunion at the #PaintItBlack after party tonight in NYC

3. The Sisterhood of the Travelling Pants girls assembled to support their friend and we’re crying. Amber Tamblyn’s new film Paint It Black premiered in NYC last night, and all her Sisterhood girls showed up to have her back. Alexis Bledel and Blake Lively even joined her on the red carpet, while America Ferrera joined them off the red carpet and at the after party. This is legit sisterhood and we’re always so happy to see it.

4. Whoa: Elle King secretly got married — and then separated. About a month ago, Elle King revealed that she had “skipped out on” her wedding to fiancé Andrew Ferguson. Now, in the caption of a photo of the two posted on Monday — a month after their planned big wedding date — she’s revealing that the two actually secretly married three weeks after they met, but that they have now separated. “My heart is broken. My soul aches. I am lost,” she writes. “As we separate, and attempt to find our footing through life, all I can hope for us is that we both find happiness within ourselves. I love you. You’ll always have my heart. You’ll always be my first husband. Please be respectful of our emotions and our space during this time. Everybody thought I lost my mind and I did. So, be kind.”

5. There is a Kickstarter for bro rompers and Twitter is dragging it so bad. First of all, it’s called RompHim, and second of all, we can’t even. “RompHim? I hardly know him,” one joker tweeted, while others are pointing out the disappointing trend of re-branding things as masculine so that men feel comfortable with it. Either way, this Kickstarter has already exceeded its $10,000 goal — over 400 people have already pledged $42,201. (Photo via Kickstarter/RompHim)

6. Quote of the day: “Perseverance is failing 19 times and succeeding the 20th.” — Julie Andrews

Would you like to see more men wearing rompers — er — RompHims? Let us know @BritandCo!