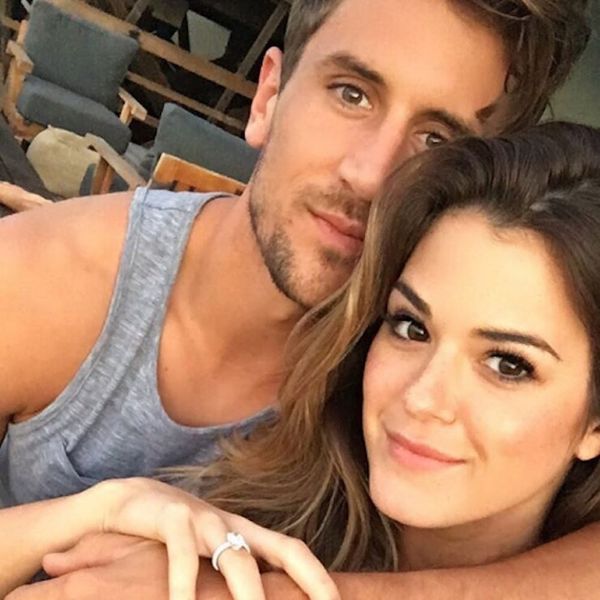 It’s hard to believe that, combined, The Bachelor and The Bachelorette have 32 (!!!) seasons under their belts. As two of the most enduring and popular TV reality series, they provide an additional real-life hook as we watch and wait to see if the couples who end up together on the show *actually* make it work. It’s probably not hugely shocking to learn that, through all of the drama, the underdog triumphs, the frustration and, of course, the looooove, only a few of the contestants remain in healthy, lasting relationships. But the ones that do give us hope — and a reason to keep watching. Check out the Bachelor and Bachelorette success stories from the show’s history.

1. Jason Mesnick and Molly Malaney (Bachelor season 13): Jason and Molly are one of the best examples of the kind of ~drama~ we live for on this show. In the finale, Jason’s final rose went to Melissa, but he broke up with her on the reunion special because he was in love with Molly, the runner up. They’re now married and have a daughter.

My old men in the airport nursing room 😍 #rideordie

2. Sean Lowe and Catherine Giudici (Bachelor season 17): Sean, the born-again-virgin Bachelor, picked Catherine and hasn’t looked back. They got married in a TV special in early 2014, and this summer, joined the Bachelor Baby Boom, welcoming baby Samuel. They’re impossibly cute.

3. Ben Higgins and Lauren Bushnell(Bachelor season 20): The most recent pairing from The Bachelor is Ben and Lauren. It’s early days for these lovebirds, but they’re currently living in Denver, CO, are planning their wedding and got their own spinoff.

40 miles down, 60 to go, and he agreed to a family photo!! So far, so good!!! 👫🏔🏃🏼🏆👫 #stressedwife #proudwife @ltraceseries #lt100run #leadman #whydomykidslookdowninpics?

4. Trista Rehn and Ryan Sutter (Bachelorette season one): Trista was the first Bachelor runner-up back in 2002, and in 2003, she became the first Bachelorette. Trista chose Ryan and they’ve become the gold standard in reality TV success stories: They’ve been married since their nationally televised wedding in late 2003 and have two children.

Missing my love @_jprosenbaum while away on momcation!

5. Ashley Hebert and JP Rosenbaum (Bachelorette season seven): These two show that maybe, just MAYBE, it’s possible to settle into a normal life after reality TV fame. Ashley and JP married in 2012 and are about to welcome their second kid, a little sister to two-year-old Fordham.

6. Desiree Hartsock and Chris Siegfried (Bachelorette season nine): Desiree was eliminated from above-mentioned Sean’s season, and while it was devastating at the time, it worked out for all — she went on to become a Bachelorette, and she and Chris were married in 2015. The two live in Seattle and are expecting their first child.

Not really sure who those guys are up there, but Shawn was stoked. #JustJoking #KindOf #Foreigner

8. JoJo Fletcher and Jordan Rodgers: Jojo’s weird and wild season of The Bachelorette just ended, but as of now, her engagement with Jordan is still on. If they stay together, that gives the happy Bachelorette couples a slight lead over those that resulted from The Bachelor. Just sayin’.