Morning Buzz! OMG: The First Page of the New Gilmore Girls Script Is Here and It Is PERFECT + More 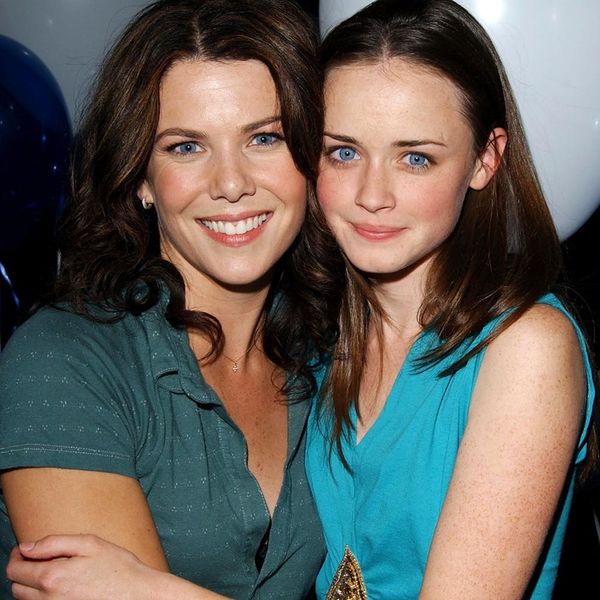 From a quick catch up with the Gilmore Girls to Calvin Harris’ wise words, check out six of today’s top news items below!

1. We still have what feels like a long ways to go before this Gilmore Girls reboot comes to Netflix for a Thanksgiving weekend binge watch. Show creator Amy Sherman-Palladino knows just how real the struggle is, and so she’s released the first page of the script for us to bask in. In the script, Lorelai greets Rory (while holding two giant coffees, duh) after Rory has arrived back in town, and the two get back to their typical joke-filled, non-stop banter immediately. It’s PERFECT. There’s even a Goop joke, when Lorelai says that Rory looks so good, it looks like she’s been Gooped. LOL. Read the whole script over at EW. (Image via Giphy)

2. Eat, Pray, Love author Elizabeth Gilbert comes out and confirms her relationship with her best friend after a heartbreaking cancer diagnosis. In a beautiful and emotional Facebook post, Elizabeth said that, though her devotion to her best friend Rayya Elias has always been profound, Rayya’s recent pancreatic and liver cancer diagnosis made her realize she did not just love her, but was in love with her. “So. Here is where we stand now: Rayya and I are together,” she writes. “I love her, and she loves me. I’m walking through this cancer journey with her, not only as her friend, but as her partner. I am exactly where I need to be — the only place I can be.” UGH check it out right here.

GQ men of the year issue! 📷 by @gavinbondphotography

3. Calvin Harris opened up about his split with TSwift, and it’s more mature than expected. Just a couple days after hanging with his ex, Calvin’s take on his breakup with Taylor has been printed in the October ish of British GQ, and in the interview, he says that it was the post-breakup aftermath more than the relationship that caused drama. You may remember his (now deleted) Twitter rant against Tay when she revealed that she was the songwriter behind his hit with Rihanna, “This Is What You Came For.” In hindsight, Calvin says he regrets taking that tone. “It was completely the wrong instinct,” he said. “I was protecting what I see as my one talent in the world being belittled. But when it ended, all hell broke loose. Now I see that Twitter thing as a result of me succumbing to pressure. It took me a minute to realize that none of that matters. I’m a positive guy.”

4. Twitter could not even with Kanye’s Yeezy Season 4 show. At least two of the models in Ye’s latest show, which took place at Roosevelt Island on Wednesday, could not seem to walk on their heels, looking wobbly and almost falling over, and people were loving it. The models’ recoveries, however, should be applauded.

5. Super Mario is coming to iOS, so say goodbye to productivity forever. At the Apple event yesterday, it was announced that a mobile version of Mario would finally make its debut by the holiday season, and already the sneak peeks are giving us carpal tunnel. We. Can’t. Wait.

6. Quote of the day: “It got so light so fast and I was like ‘Wow, my hair is not damaged, I can do this.'” Kylie Jenner admitting to People that going platinum blonde was actually a mistake.

Have you ever messed up a dye job? Let us know over @BritandCo!