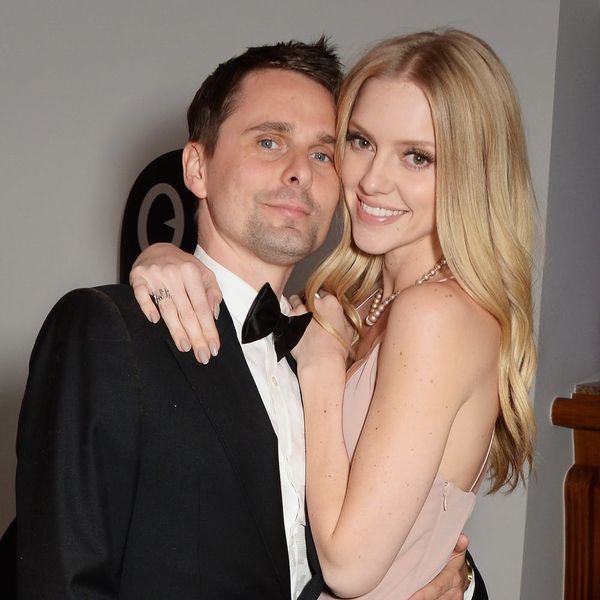 This holiday season has been ripe with new engagements, and while we love a good Christmas-light-emblazoned proposal, we’re also partial to beachside surprises. Case in point: Muse singer Matt Bellamy proposed to model/actress Elle Evans on a recent couples vacay to Fiji, and it honestly couldn’t have been more picturesque.

Was going to surprise everyone on Christmas, but just can’t wait any longer.... We are so happy to announce to the world that we are engaged! Just a few days after my birthday, on the most romantic holiday of our lives, the man of my dreams asked me to marry him! After tears of joy, gasps of shock, and a split second of disbelief, of course- I said YES! I can’t imagine our lives apart. What I can imagine is a bright future full of love & light, family & friends, moments that turn into cherished memories, and a lifetime of pure bliss 💙💍

Evans, who is best known for her appearance in Robin Thicke’s Blurred Lines music video. The model shared the news of her beachside engagement, which featured a sweet message of “congrats Matt and Elle” written in petals on the sand, surrounded by a heart made of coconuts.

“We are so happy to announce to the world that we are engaged!” the model shared, along with an image of the couple riding horseback along the beach and a snap of herself smiling in casual beach attire after she said yes. Bellamy, who was previously engaged to Kate Hudson (the two share a six-year-old son, Bingham Hawn “Bing” Bellamy), and the former Playboy playmate have been dating since 2015.

While a beachside proposal is undoubtedly #goals, it’s the ring itself that we literally cannot stop drooling over. The ring in question is a massive pear-shaped diamond set on a diamond pavé rose gold band. The 28-year-old’s iridescent silver mani completed the dazzling look. Gorgeous!

What do you think about Elle Evans’s massive engagement ring? Tweet us your thoughts @BritandCo!

Sophie Wirt
When Sophie isn’t writing, she can be found experimenting with DIY nail art and singing along to old school Britney Spears jams.
Celeb Style
More From Celeb Style