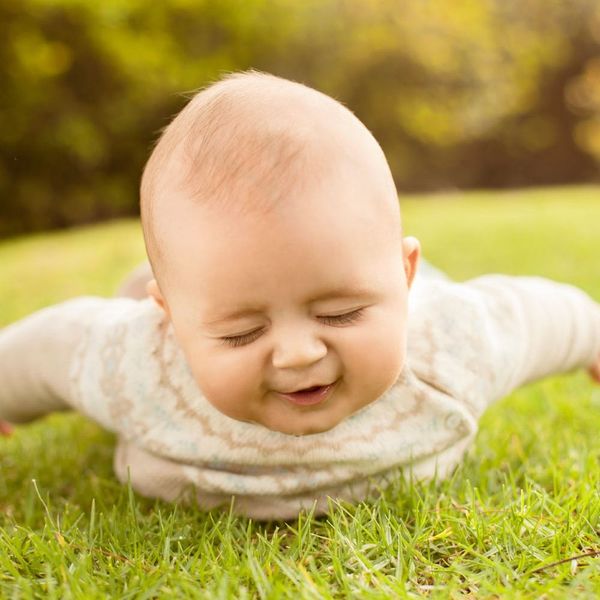 As Earth Day, a commemoration that seems to get increasingly relevant with every passing year, approaches, we tend to think of names in shades of green. But there are also some rich brown-hued names related directly to the earth. If you’re thinking of a springtime baby name for your tiny tot or in search of a nature-inspired name, we’ve got all the inspo you need. Scroll on for earth-related baby name options to reflect your concern for the environment.

1. Acajou: This reddish-brown color name may literally mean cashew in French, but it’s also the wood from the mahogany tree. Acajou would make a lively, surprisingly distinctive choice.

2. Armona: A name of Hebrew origin whose meaning is “chestnut brown,” Armona is also a place name in California.

3. Aruna: Another rarity, Aruna means “reddish brown” in Sanskrit and is the name of a Hindu god, though in western cultures, it would probably be better for a little goddess.

4. Auburn: Here’s an attractive reddish-brown color name straight out of the crayon box, usable for either gender.

5. Bronson: This is a strong surname name meaning “son of brown-haired one” that has climbed its way up the popularity chart to its current rank of Number 675.

6. Brown: Could a name be more earthy brown than Brown itself? And could Brown possibly be the next Blue or Gray?

7. + 8. Bruna and Bruno: They’re the girl-boy, Italo/Spanish/German twin names meaning brown, of which the male version has been far more accepted in the US. It now ranks at Number 670, thanks in part to the popularity of singer Bruno Mars. It’s also a Top 50 name in Spain and Portugal.

9. Clay: This is a rich, earthy, single-syllable charmer with a southern-accented, slightly roguish image, seen most recently on The Wire and Sons of Anarchy. Clay is now Number 446 on Nameberry, somewhat lower nationally. Its record number was 263 in 1960.

10. Danu: Danu is an Irish goddess associated with the land.

11., 12.+ 13. Duncan, Dunham and Dunstan: Here are three names with dark, earthy meanings. We especially love the jaunty Duncan, now at Number 797 and the name that David Bowie’s son Zowie picked for himself in adulthood.

14. Eartha: You couldn’t get a more direct connection to the earth and Earth Day than this name that goes back to Puritan use. It was publicized by sultry singer and actress Eartha Kitt, whose parents may well have been influenced by noted African-American philanthropist Eartha M. M. White.

15. Gaia: Pronounced GUY-a, this is the name of the Greek mythological earth goddess. It was precisely this ecological element that attracted Emma Thompson to it as the perfect green name for her daughter. J.K. Rowling used Gaia for a character in her 2012 adult novel, The Casual Vacancy.

16. Morena: This is an Italian, Portuguese and Spanish name meaning brown. It’s especially popular in Argentina, where it was recently near the top of the list.

17. Sienna: In addition to its other connotations, Sienna is an earth pigment that takes its name from the Italian city Siena, where it was produced during the Renaissance. Crayola has long had colors called Burnt Sienna and Raw Sienna.

19. Tawny: More of a golden brown color name, Tawny had her baby name moment, such as it was, in the 1980s nickname era.

20. Terra: A literal back-to-the-earth appellation, Terra has become a video game name in the modern age, giving it something of a futuristic vibe — making it a possible contemporary namesake for dated cousin Terry.

21. Umber: This is a rich, earthy brown hue more distinctive than Amber.