NBC Is Celebrating Halloween With a ‘Wicked’ TV Concert Special 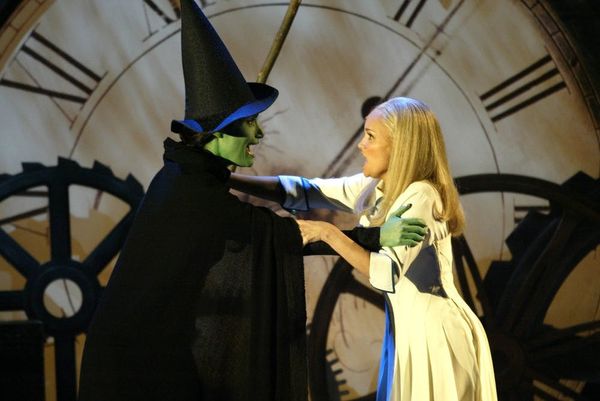 If anyone needs us in October, we’ll be on the couch. In addition to dozens of new Netflix titles, a whole slate of fall TV premieres, the first Hallmark holiday movie, and our favorite classic Halloween episodes, next month will bring a brand-new bewitching special you’ll want to DVR and watch again and again. NBC announced on Thursday, September 27, that they’ll be airing a concert-style performance of music from the blockbuster Broadway musical Wicked.

A Very Wicked Halloween: Celebrating 15 Years on Broadway will be chock full of the songs and stars you know and love from the long-running stage show.

“Wicked is a blockbuster musical playing all over the world and still selling out night after night after 15 years on Broadway,” NBC executive Doug Vaughan said in a press release. “We’re thrilled to be partnering with Emmy and Tony-winning producer Marc Platt and the entire Wicked team to celebrate the enduring success of this show.”

Even more exciting, the show’s original stars Idina Menzel and Kristin Chenoweth are set to reprise their roles as Elphaba and Glinda, respectively. Other guests set to perform include Ariana Grande, popular a cappella group Pentatonix, and the current Broadway cast of Wicked.

“We’re especially excited to have Idina Menzel and Kristin Chenoweth reunited along with big guest stars in front of an audience — in costume hopefully — to help us celebrate the Halloween season,” Vaughan added.

The Wicked special will be taped at Broadway’s Marquis Theater tol air on Monday, October 29, at 10pm ET/PT on NBC.

Are you excited for NBC’s Wicked special? Let us know @BritandCo!