Forget Juicing, THIS Is the New Way to Get Your Daily Vitamins 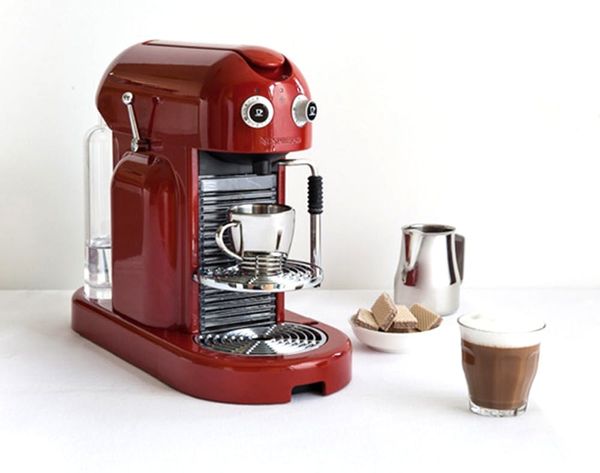 Guys, Instagram food selfies are about to become reeeally boring. Nestle is concocting a pod-like food alternative that will serve up a hot and steamy cuppa your daily nutrients at the press of a button.

Similar to Soylent (pictured above!) but in Nespresso form, Nestle’s Institute of Health Sciences is working on a machine + mixers that would deliver all of your necessary vitamins and minerals. But instead of being a one-size-slurps-all serving of beige meal replacer, Nestle’s stab at a Soylent-like supplement would come in custom blends specifically mixed up for you and your dietary needs or deficiencies.

Nestle’s researchers are tinkering away at the idea in a program code-named Iron Man, according to Bloomberg. One of the to-dos for the team of 110 scientists is to look for links between nutrient deficiencies and illnesses like diabetes, cancer and cardiovascular disease. Their future powder-filled pods would be filled with necessary nutrients + specially tailored ingredients — maybe iron packed for anemics, extra vitamin D for those otherwise lacking it — that could be activated in a machine that works like your office Nespresso.

If the Seamless and Sprigs of the world ain’t cuttin’ it, this new product would inch us ever closer to being able to push a button and have all of your food delivered to you. Only by “food” we mean a tasteless (or delicious… it remains to be sipped!) liquid. Even the NIHS chief admits the device could resemble Star Trek’s synthesized meal replicator. But as odd or unappetizing as it may sound, it also makes serious sense. There has to be a better use for a Nespresso-type machine than just saving money on your Starbucks habit, and daily vitamins are often doing more harm than good. Nestle’s foray into feeding your body’s needs is a back-to-basics approach we welcome as part of our future morning routine.

Would you try a Nestle-made healthy Nespresso? What do you wish you could drink or eat after a pod-style push of a button?

Lisa Raphael
In her past professional lives, Lisa has served the masses as the Editorial Director at Brit + Co, Bieber Whisperer at J-14, Golden Girls Fan Club Prez at Lifetime and Talk Show Host Understudy to Katie Couric. Now, she's taking on the sports world at The Relish, teaching Hairography 101 in her spare time and will forever be trying to fill the hole Zayn Malik left in her heart.
Tech
More From Tech