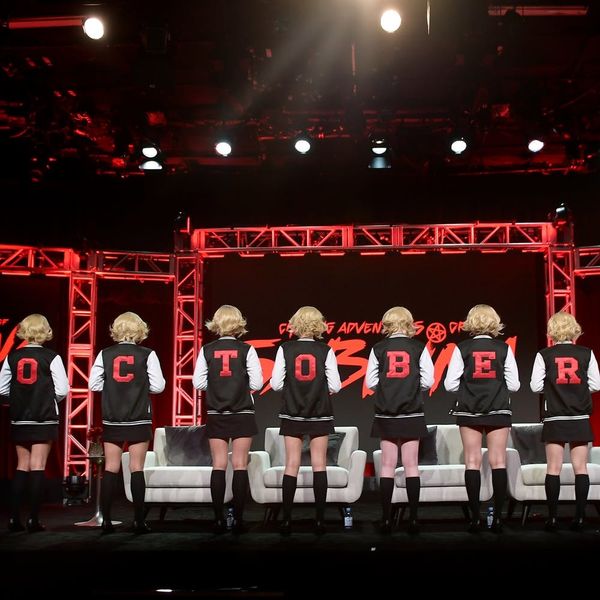 The 2018 fall TV season is almost here, and networks and streaming services are firming up the premiere dates and schedules that will rule your remote for the fall and winter. This weekend, Netflix revealed when its Sabrina the Teenage Witch adaptation will be hitting the small screen, and the timing could not be better.

The Chilling Adventures of Sabrina will be released on Netflix on Friday, October 26 — just in time for Halloween. According to E! News, the streaming service put on quite a show with the announcement at their Television Critics Association press event this weekend. As the lights dimmed, a group of “Sabrinas” entered to some creepy music and whispered, “Something wicked this way comes,” over and over for several minutes. The premiere date was on the back of their jackets.

The Netflix series follows the origins of the teenage witch and has been described as “a dark coming-of-age story that traffics in horror, the occult and, of course, witchcraft.” In other words, this isn’t your family-friendly, Melissa Joan Hart version of Sabrina.

Fans are excited about the possibility of a potential Riverdale/Sabrina crossover, but so far, nothing has been confirmed by Netflix.

Will you be watching Chilling Adventures of Sabrina? Let us know @BritandCo!