“Friends from College” Renewed by Netflix for a Second Season 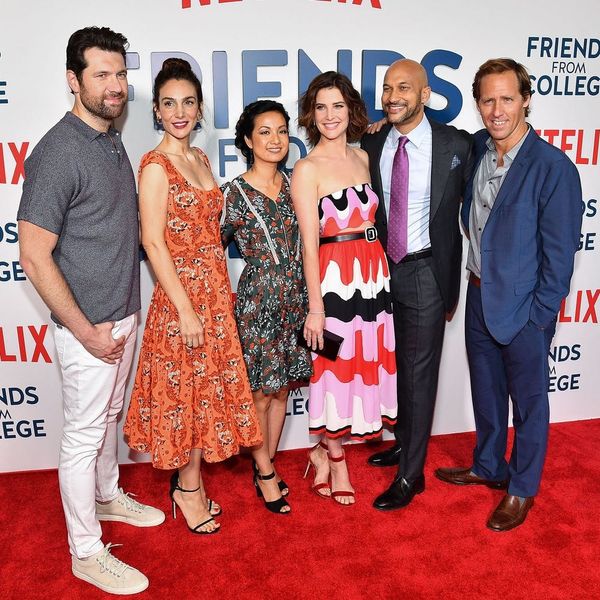 Netflix is prepping a pretty stellar lineup for viewers over the next few years, including season two of GLOW, season three of Fuller House, and a multi-year, multi-million-dollar development deal with the amazing Shonda Rhimes. Now there’s good news for fans of Friends from College too, as the star-studded series has just been renewed for a second season.

Netflix ordered up eight new episodes just over a month after the series — which was created and executive produced by Nicholas Stoller and Francesca Delbanco — debuted on July 14. The show received lukewarm reviews from both critics and audiences but features a stellar ensemble cast as a group of Harvard alumni trying to manage the trials and tribulations of careers and relationships while also dealing with the fact that they’re heading into their forties.

A little too full-bodied for our liking.

Netflix has not yet announced a premiere date for season two, but it’ll probably be a while before we rejoin the friend group. In the meantime, we can also look forward to more 13 Reasons Why and Ozark, plus that two-hour Sense8 finale.

Are you excited that Netflix has renewed Friends from College for a second season? Let us know @BritandCo!