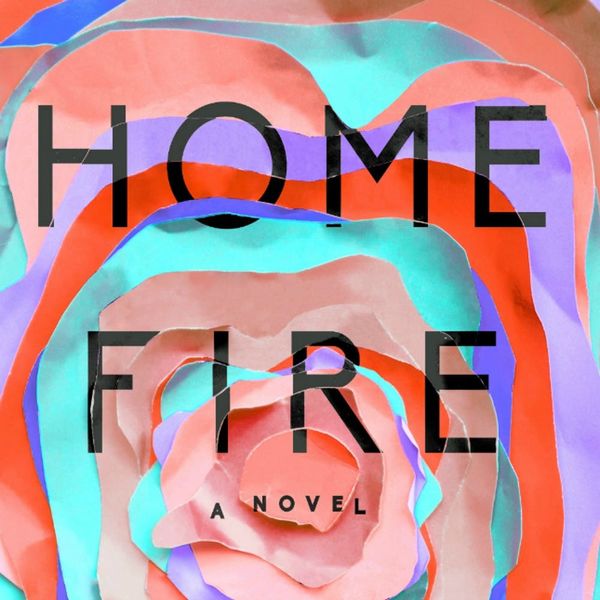 There are a lot of things that we feel guilty about splurging on, but books are definitely not one of them. Now that we’ve read all the books on last month’s B+C reading list, we’re restocking our monthly to-read pile by listing the top 11 books we’re itching to pick up this August.
Mrs. Fletcher by Tom Perrotta ($26): Eve Fletcher is a 46-year-old divorcee who’s still trying to figure out how to find her footing as an empty nester when she randomly gets a text saying “U R my MILF.” A little unnerved and curious by this random intrusion, this single message leads Eve down a rabbit hole of MILF porn sites, new romantic possibilities, and a broadening of her own suburban existence.
Sour Heart by Jenny Zhang ($26): In seven powerful short stories that take the reader from modern-day Queens to the streets of Shanghai during the Cultural Revolution, Zhang gifts us with a handful of stories about coming-of-age as a Chinese-American immigrant that are profoundly complex and highly impactful.
Home Fire by Kamila Shamsie ($26): Long-listed for the 2017 Man Booker Prize, Shamsie’s newest bestseller unpacks the controversial subjects of love, humanity, and extremism with due care. The story follows three Pakistani siblings born in England as they try to understand their complicated past and delicately carve out a new future.
Class Mom by Laurie Gelman ($26): With two adult daughters off at college, Jen Dixon finds herself back at school re-learning how to be a Kansas City class mom when her third son, Max, starts kindergarten. From requesting “special” brownies for curriculum night to calling out hyper-sensitive parents, Jen might not be the most conventional mom for the job — but you’re sure going to love hearing about her awkward and fierce adventures.
Emma in the Night by Wendy Walker ($27): The Tanner sisters, 15-year-old Cass and 17-year-old Emma, spontaneously disappear one night, and it doesn’t take long before the case goes cold. Three years later, Cass returns without her sister and begins uncovering the secrets of how they were trapped in a mysterious island — but now that the case is reopened, the truth is starting to get murkier and murkier.
New People by Danzy Senna ($26): By all accounts, college sweethearts Maria and Khalil are the perfect biracial couple — heck, they’ve even been chosen to star in a documentary about “new people” who are blurring age-old traditions and reclaiming a brave new era. But even though Maria has everything she thought she wanted in her cozy Brooklyn abode, she can’t stop daydreaming about a poet she barely knows. Danzy Senna’s heartbreaking new story about obsession, jealousy, and identity definitely lives up to the hype.
The Heart’s Invisible Furies by John Boyne ($28): From the author of The Boy In the Striped Pajamas, this in-depth look at the life of one adopted man in post-war Ireland will make you laugh, weep, and live-tweet at two in the morning. Follow Cyril as he learns to accept himself as a young gay male, grow his friendship with the glamorous Julian Woodbead, and attempt to comprehend his past and shape his ever-changing identity.
Safe by Ryan Gattis ($26): Attempting to get his life back on track, Ricky "Ghost" Mendoza decides to put his dubious heisting skills to work by signing up to be an FBI and DEA safecracker. But when he learns that the most important person in his life is in serious financial trouble, he returns from retirement to steal drug money from a dangerous gang.
Young Jane Young by Gabrielle Zevin ($27): Aviva Grossman was an ambitious congressional intern who had an affair with her boss and blogged about it. Once the media got wind of the transgression, all the blame was put on her, and she was forced to quit her job and move to a remote town in Maine. As she tries to rebuild her life, parent her daughter, and run for office herself, she can’t seem to get away from this one past blunder. Zevin’s newest novel is an engrossing tale of growing up female in the digital age that every young girlboss should put on their to-read list.
The Locals by Jonathan Dee ($28): Howland, Massachusetts is a small town built on the backbone of hardworking folk. So when everyman contractor Mark Firth is asked to turn Philip Hadi’s expensive weekend home into a year-round oasis, he jumps at the opportunity to make some extra money. Now their two worlds will collide as Hadi begins to invest more into the town by running for office and buying up local property. But not all of his changes will be tolerated by the townsfolk as this necessary novel explores relevant issues like inequality and authoritarianism.
A Stranger in the House by Shari Lapena ($26): From the bestselling author of The Couple Next Door, Lapena’s newest domestic thriller is not to be missed. One day, out of nowhere, Karen vanishes. When she wakes up in the hospital, the last thing she remembers is preparing tea while waiting for her husband to come home… but the police tell her that she survived a nasty car crash after abruptly leaving her house. When she gets home, she knows something is not quite right. Someone’s been in her house. No spoilers here — you’re going to have to read the book to find out what happens next!

Ashley Macey
Ashley Macey is a lifestyle freelance writer who loves all things fitness, wellness, and creativity. When she's not exploring her home in the Pacific Northwest with her dog Max, you'll probably find her curled up with a good book and some hot tea. Follow her daily jaunts on Twitter.
Goods
Creativity
Goods