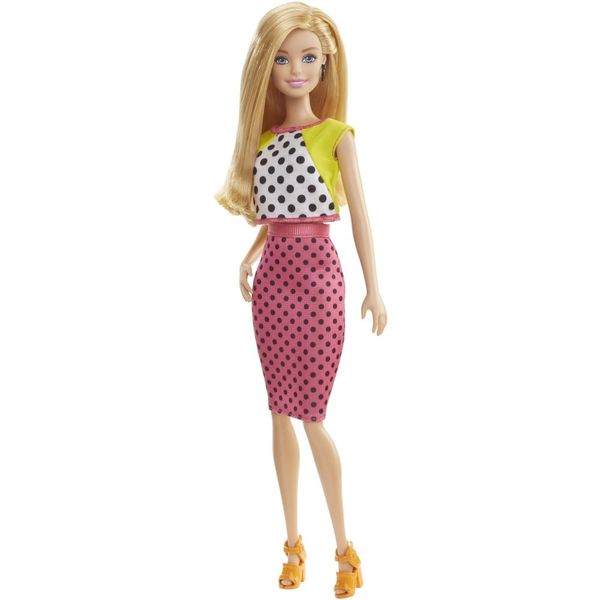 “Now can we stop talking about my body?” Barbie asks on the cover of Time Magazine, but honestly, the reason for her question is exactly why people are NOT going to stop talking about her body anytime soon. But this time, it’s for a positive reason.

Long criticized for promoting a body shape that was out of touch (designed way back in the ‘50s, in fact), the folks behind Barbie’s bod have made some major changes.

Featuring figures that display the diversity of the human form, the dolls now show off beautiful examples of various shapes and sizes, and SEVEN skin colors.

This is a drastic change from the classic Barbie figure. The doll which has dominated toy stores since 1959 meant that if “Barbie were an actual woman, she would be 5’9″ tall, have a 39″ bust, an 18″ waist, 33″ hips and a size 3 shoe,” says the Huffington Post. “If Barbie was a real woman, she’d have to walk on all fours due to her proportions.” Yowza!

Do you like Barbie’s new look? Let us know @britandco!

Desiree O
Desirée O is a ‘Professional Bohemian’ who loves anything and everything related to the arts, entertainment, and pop culture. She ADORES being a ‘Newsy’ for Brit + Co, covering all of the latest tidbits of awesomeness that you want to read about. When she’s not writing, she’s either making messy art, going on long adventurous walks with her camera, or poking around over at bohemianizm (http://www.bohemianizm.com/). You can find out about Desirée O and her work at http://DesireeO.com/ or follow her on Twitter @DesireeO.
toys
Entertainment
toys
More From Entertainment