3 New Books by Badass Women You *Need* to Read RN 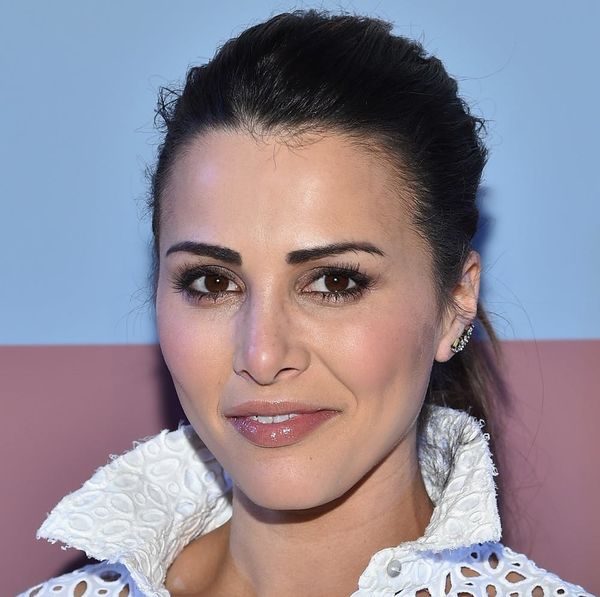 It’s tough to go against the grain. Society has any number of unwritten rules, and it takes a lot of courage to break them. This week’s book club features collections of personal stories and essays that buck the trend and show what it means to stand up for your convictions. One woman writes a brutally honest takedown of cancer clichés, mental illness and her unconventional relationship with her sort-of adoptive mother (who just happens to be a Nobel Prize-winning author herself). Another woman refuses to follow the traditional reality show (or life) narrative, that all a woman needs is to find a handsome prince. A third insists that you can love yourself (and the way you look) no matter what the world says about your size.

1. In Gratitude by Jenny Diski ($19): When Jenny Diski was diagnosed with inoperable lung cancer in 2014, she decided to write about it. Diski, who sadly died in April shortly after her book’s completion, is perhaps best known for her thoughtful and spare fiction, as well as her regular contributions to the London Review of Books, which formed the basis for essay collections and memoirs. She’s also known for a long history of not flinching away from the difficult subjects; her books cover depression, drugs, sadomasochism and rape in their own ruthless prose. “I am and have always been embarrassed by all social rituals that require me to participate in a predetermined script,” writes Diski.

In this vein, and unwilling to focus solely on the cancer or end-of-life platitudes, she instead found she had a different, untold story to explore: the years she spent with author Doris Lessing, who took her in at age 15. Lessing would shape the rest of her life, particularly as a writer, and introduced her to a fascinating literary world. “When she died last November at the age of 94, I’d known Doris for fifty years. In all that time, I’ve never managed to figure out a designation for her that properly and succinctly describes her role in my life, let alone my role in hers.” Diski explores that role, and her lifelong relationship with the brilliant writer and unabashed feminist, while facing the last few months of her life.

2. It’s Not Okay: Turning Heartbreak into Happily Never After by Andi Dorfman ($15): Reality TV might be a little less literary than Doris Lessing, but it’s impossible to deny the impact it’s made on our culture, promoting the “virtues” of scheming, quick fixes and instant gratification. Most of us are guilty of dipping into the Reality TV well once in a while, even if we know the “reality” is often scripted and manufactured to create the highest amount of drama. One of the most addictive shows out there is The Bachelor, and its sister show, The Bachelorette, which put forward the idea that true love can be found simply by weeding down a slate of suitably attractive applicants. Real reality, however, is a little more complicated.

“Seriously, you have nothing to lose.” “Um… except my dignity.” Lawyer Andi Dorfman became famous on season 18 of The Bachelor when she did the unthinkable: As a contestant for bachelor Juan Pablo’s love, she instead rejected him, highlighting his poor behavior and leaving the competition on her own terms. The unexpected nature and popularity of this action resulted in her being offered the lead role on the 10th season of The Bachelorette. This time, she chose contestant Josh Murray, but eventually rejected another “fairy tale” romance, later calling off the engagement. In It’s Not Okay, Dorfman dishes about her time on both shows and her fellow contestants, some of whom remain her good friends (another surprise in the cutthroat reality world).

Dorfman hopes her story will help her readers with their own trials and breakups, as well as providing juicy gossip. “I couldn’t believe they even watched these crappy dating shows, let alone think that I would be the type of cray-cray who would actually go on one,” she says of her friends’ advice. Little did she know she’d be on two. Let’s hope her advice is better.

3. Shrill: Notes From a Loud Woman by Lindy West ($17): Lindy West is a fabulous woman who lets the haters know she’s not going to deal with any of their body-shaming garbage. She’s a passionate advocate for social justice, a pop culture maven and an outspoken writer with an acid wit. You may have seen her work published in Jezebel, GQ or The Guardian, or heard her on This American Life.

Shrill: Notes From a Loud Woman is a collection of essays on topics of great personal meaning to West, the title pushing back at a common insult levied at women who dare to speak their minds (particularly women who aren’t rail-thin or economically or racially privileged).

In a world where so many women have been silenced, threatened or “doxxed,” Shrill is a refreshing clarion call from a woman who learned to wear her ideals on her sleeve, and to bravely fly her own flag. Even Lena Dunham says that “her talent and bravery have made the Internet a place where I actually want to be.” Essays leave few targets unscathed, and include “Are You There, Margaret? It’s Me, a Person Who Is Not a Complete Freak,” “You’re So Brave for Wearing Clothes and Not Hating Yourself!” and “It’s About Free Speech, It’s Not About Hating Women.” Caitlin Moran calls it “literally the new Bible,” and Ira Glass admires West as “a totally entertaining and original writer.” Considering West once had to view a cross-dressing male cartoon bear as her only positive fat “female” role model, it’s about time to listen to her voice, shrill or not.

What books make you speak up? Tag us in your next powerful read @BritandCo.