3 Books About Tough Teens You *Need* to Read This Week 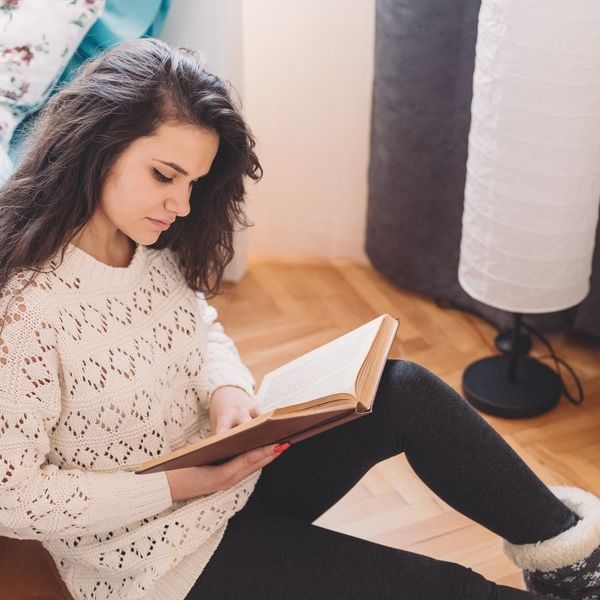 It’s tough to be a teen. Your hormones are raging, your future is looming and you’re responsible for yourself, but seem to have very few rights and privileges. It all makes pretty good fodder for exciting, emotional literature. This week’s Brit + Co book club is all about teens in crisis. All teens are vulnerable, but these girls are especially so; faced with impossible choices, changing bodies and unfeeling authority figures, they manage their difficult lives with grace. Whether you’re still experiencing those angsty, roller-coaster adolescent years, or they seem only a blissful (or embarrassing) memory, these books will give you feelings. So many feelings.

Crank, Glass), she creates worlds made up of verse poetry. There’s plenty of plot and character, but just like the spinning, fragmented thoughts we associate with our teenage years, the words dance around the page in fascinating, portentous combinations. Hopkins’ latest work, The You I’ve Never Known, is another volume of verse fiction about Ariel, seventeen and finding some peace in her life after a troublingly nomadic life with an alcoholic and womanizing father. Dad is controlling, upsettingly abusive and homophobic, a stance solidified since Ariel’s mother left him for a woman and disappeared when Ariel was a toddler… or did she? What’s the real reason behind their constant moves?

Allegedly won’t let you forget the story of Mary B. Addison, a 15-year-old girl still trying to get through the prison system after being accused of the murder of a three-month-old baby at the age of nine. The story is complicated by the fact that the baby was white and Mary is not, but with a “most dangerous, most diabolical, most conniving” black mother who has multiple mental conditions and a white father whose identity remains unknown, the thing she is most is alone.

Mary’s case attracted the national spotlight when a baby died under the care of Mary and her mother. After “baby jail,” she was eventually sent to a group home in Brooklyn, but the vicious bullying of both residents and staff makes it a hell. “Hard to celebrate the day you were born when everybody seems to wish you were never born at all.” With obstructionist measures in the way at every turn threatening to make sure she can never get her life back on track, Mary finally finds something to fight for after she finds herself pregnant by Ted, who’s 18 and also a part of the unrelenting system. When they threaten to take away her baby, Mary demands both reproductive and social justice, and seeks to clear her name.

A breathtaking, stark and blunt look at the penal system, Allegedly is a page-turner with a conversational tone and shocking finish. It gives a voice to the powerless and asks why the system exists; as Mary says to us, “I stopped asking questions and in six years I have not run into one adult who would do me the common courtesy of explaining why something is happening to me.”

3. Perfect Little World by Kevin Wilson ($20): “Three hours after she had graduated from high school, Izzy sat on a park bench next to her art teacher, Mr. Jackson, and told him she was pregnant.” Izzy Poole’s teen pregnancy is, sadly, a typical story, but one offered a more atypical solution than most. Her high school’s top student, she has no desire to go to college; she has no support from her estranged father and can count on very little from the baby’s father, the stunned Mr. Jackson. When he commits suicide, she feels lost and alone… and then she meets a child psychologist with a research proposal (and, more importantly, funding).