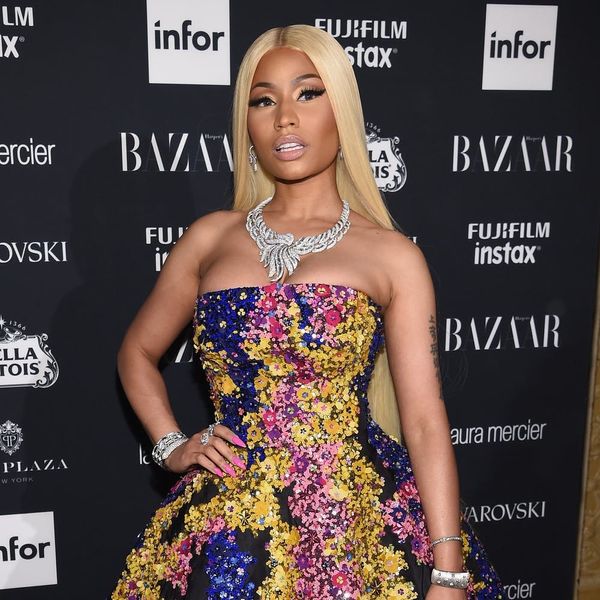 Nicki Minaj is known for her bold style choices, like latex dresses and Rapunzel-esque hair. She gives even Kylie Jenner a run for her money with her wig game. But lately Minaj has been switching things up by toning things down, and boy, it totally worked in her favor for her latest photoshoot for T Magazine.

“I know who I am,” @nickiminaj told @tmagazine. “I am getting Nicki Minaj figured out with this album and I’m loving her.” @nickiminaj began her music career singing with various rappers and working odd jobs. Since then, she has demonstrated a discipline and intelligence that’s rare among other pop stars of her generation. As she prepares to release her 4th album — the title of which is, for now, a well-kept secret but is “super, super iconic” — @roxanegay74 interviewed her for @tmagazine’s annual Greats issue. As a person, @roxanegay74 writes, “I don’t know that anyone but her inner circle knows who Nicki Minaj really is.” This elusiveness is compounded by her catalog of performative alter egos, her use of accents and her dramatic makeup, outfits and wigs. “There is no point during our conversation where Minaj demonstrates anything but absolute self-awareness,” @roxanegay74 writes. “She pauses briefly before she answers my questions, as if calculating every possible outcome to everything she says. By the end of the interview, I am impressed by her fierce intelligence.” Visit the link in our profile to read the full interview with #NickiMinaj, who was photographed by @patrickdemarchelier and styled by @marieameliesauve. #tgreats17

The “No Frauds” singer was outfitted in a white collared shirt, belted black jacket, and big gold hoops. Her makeup by Pat McGrath and Sheika Daley was kept minimal other than some feathery lashes, arched brows, and a bold red lip, while Tokyo Stylez created her effortless hair.

Come to think of it, Minaj looked more than a little like Nigerian-British singer Sade with her slicked-back hair and statement lip.

“I know who I am. I am getting Nicki Minaj figured out with this album and I’m loving her,” Minaj, whose fourth album title is still a closely guarded secret, told the T Magazine. Bold or understated, plenty to love, we think!

What do you think of Nicki Minaj’s new look? Tell us @BritandCo!

Shea Lignitz
Shea can be found in the nearest bookstore or brewery, exploring the great outdoors, or blasting Led Zeppelin. She grew up in the cold and rain of Northern California's redwoods but is currently wandering around Texas.
Celebrity Beauty
Beauty News
Celebrity Beauty Makeup