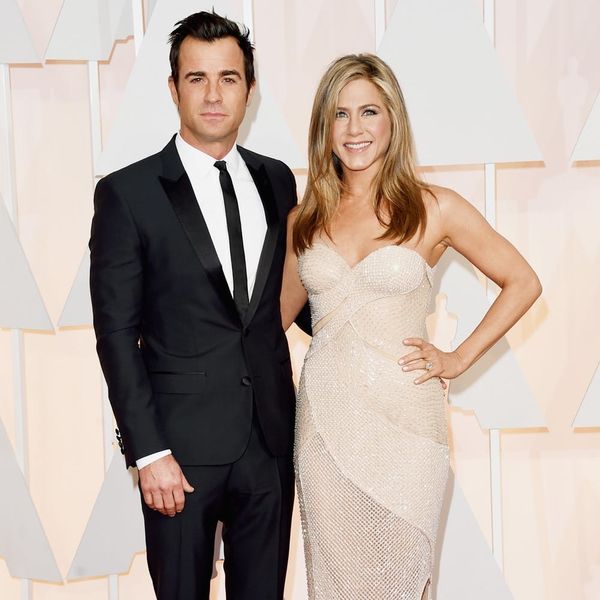 1. Justin Theroux doesn’t mind being known as Mr. Jennifer Aniston. While some men (and women, for that matter) would be upset to be recognized mainly for their significant other, Justin Theroux is at peace with it. “It’s just one of those things that’s a shorthand for describing who I am,” he said recently. The pair have been thrust into the spotlight because of Jen’s former relationship to Brad Pitt, who’s currently getting divorced from Angelina Jolie. (Photo via Jason Merritt/ Getty)

2. The cool girl who makes friends with everyone may actually be a narcissist. Don’t fret if you’re not the type to make friends with everyone you see. A new study finds that those people tend to be narcissists, and that those friendships rarely last. It’s the ones you invest time and emotion into that go the distance. Slow and steady wins the race, as it were. (Photo via Getty)

3. A new photo interactive shows the size and scope of the agricultural industry. Big food is big business, now more than ever before. A new New York Times photo feature takes us into factories and farms across the country, offering an exclusive look at how our food gets made.

4. Hurricane Matthew is headed for the coast and it looks scary AF. Above is a distinctly ghoulish NASA satellite image of the tropical storm battering the Caribbean right now. It’s expected to hit Florida on Thursday, and has already displaced tens of thousands of people.

5. Planned Parenthood is organizing a massive voter turnout campaign. Motivated by the anti-choice rhetoric of Donald Trump and his running mate Mike Pence’s long history of anti-choice legislation (Pence signed a law that would have required women in Indiana to pay for funeral services for babies they aborted or even miscarried), Planned Parenthood is putting together a door-to-door campaign that will cost $30 million and could, according to Rolling Stone, change the vote in up to 6 states where Trump’s campaign has done basically no on-the-ground work. That kind of outreach is essential in ensuring that voters not only support you but actually show up to vote for you on election day. (Photo via Mark Wilson/Getty )

Is there a news story you’d like to know more about? Let us know @BritandCo on Twitter!