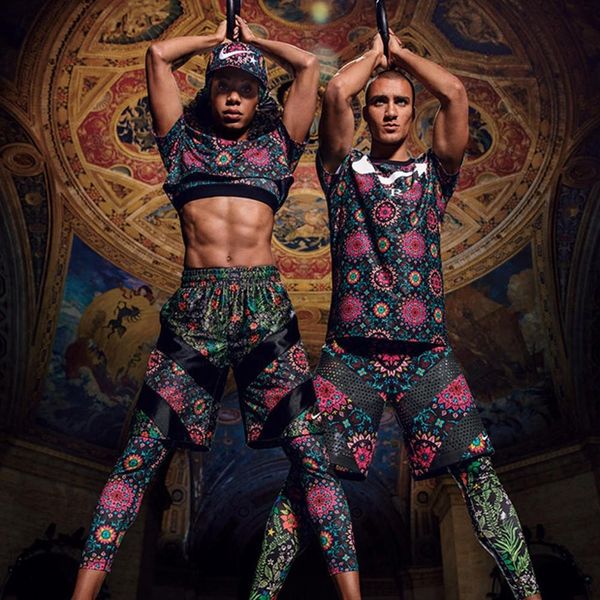 Long gone are the days when workout wear meant a baggy t-shirt and sweats. Today, this style of clothing is not just meant for the gym, it’s a lifestyle. Hence the creation of the term, “athleisure.” Sure you can wear it to that voga class (yes, that’s a real thing) or you can just rock it all day whether you’re actually working out or just Netflix and chilling. And I mean if you score a piece from something like Lilly Pulitzer’s activewear line, why wouldn’t you want to wear it all day? If you’re totally on board with this comfy + casual trend, we highly recommend you take a look at what Nike has in store for this summer.

The activewear giant broke the news this morning via a press release that they are collaborating with Givenchy’s creative director Riccardo Tisci on a summer collection. If you’re not yet familiar with the high-fashion label, here’s a quick 101: Givenchy is typically known for mystical textiles, flattering cuts and gothic tendencies. It’s also a brand that’s regularly spotted on the red carpet. Adele wore a Givenchy to the Grammys. They were also the label behind Mara Rooney’s Oscars dress.

Tisci and Nike are collaborating on not one but two capsule collections both labeled “NikeLab x RT: Training Redefined.” The first will be a black and white collection that leans heavily on the minimal aesthetic Tisci is known for. The second will be what you see in the photo above – a collection that’s essentially a mashup of floral and kaleidoscope prints. Fun fact: the florals included in the textiles are flowers from Oregon (Nike’s headquarters), Taranto, Italy (Tisci’s hometown) and Rio de Janeiro (the home of the Summer Olympics). How cuuute.

The NikeLab x RT: Training Redefined collection will arrive in July 2016, with a second release scheduled the following month.