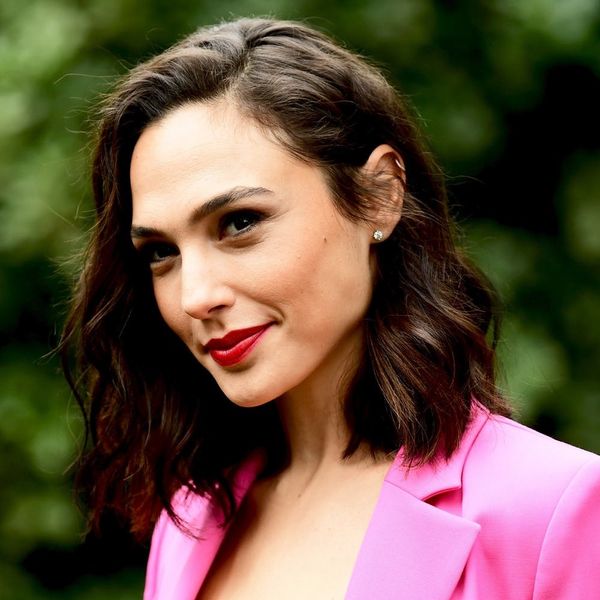 The 2018 Oscar Nominations are here and some of Hollywood’s top films and movie-makers have been recognized for the cinematic magic they gave the world this past year. But there were also some names left off of the list that were more than a little surprising. Check out this list of the biggest 2018 Oscar nomination snubs. (Photo via Frazer Harrison/Getty Images + Niko Tavernise/Twentieth Century Fox + Michele K. Short/Universal Studios +
Wonder Woman for Best Picture: Wonder Woman thrilled fans and critics alike, becoming one of the biggest and most celebrated blockbuster hits of the last year and earning a spot as one of the highest-grossing superhero films of all time. But that apparently wasn't enough to earn the movie a nomination for Best Picture at the 2018 Oscars. (Photo via Theo Wargo/Getty Images)
I, Tonya for Best Picture: Stellar performances from Margot Robbie (who was nominated for Best Actress) and Allison Janney (who got a nod for Best Supporting Actress) delighted fans — but ultimately didn't help the film earn a Best Picture nod. (Photo via Neon Rated)
Gal Gadot for Best Actress: Despite absolutely nailing the role of Diana Prince/Wonder Woman and taking the heroic character to on-screen extremes, Gal Gadot was snubbed in the Best Actress category this time around. Perhaps the sequel will be her ticket to an Oscars nomination. (Photo via Emma McIntyre/Getty Images)
Michelle Williams for Best Actress: Williams has racked up four Oscar nominations over the years, but the Academy failed to give her a fifth in 2018 for her role in Ridley Scott's All the Money in the World. (Photo via Claudio Iannone/TriStar Pictures)
Tom Hanks for Best Actor: The Post nabbed multiple nominations, including Best Picture and Best Actress (for Meryl Streep), but Hanks' performance went unrecognized. This follows last year's snub for the actor, who many thought would be recognized for his work in Sully. It's a good thing he already has two Oscar statues at home to console him! (Photo via Niko Tavernise/Twentieth Century Fox)
Tiffany Haddish for Best Supporting Actress: Haddish, who announced the nominees on January 23, charmed both audiences and critics with her performance in Girls Trip. She earned a Critics' Choice nomination for the role, but that unfortunately didn't translate into an Oscars nod. (Photo via Michele K. Short/Universal Studios)
Armie Hammer for Best Supporting Actor: Timothée Chalamet managed to score a Best Actor nomination for his part in the critically acclaimed Call Me By Your Name, but his costar in the film was left out of the Best Supporting Actor category. (Photo via Christopher Polk/Getty Images for The Critics' Choice Awards)
Dee Rees for Best Director: Though fans were happy to see Mudbound's Dee Rees make history as the first Black woman to be nominated for Best Adapted Screenplay, they were disappointed that she didn't also earn a nomination for her work directing the film. (Photo via Steve Dietl/Netflix)
Martin McDonagh for Best Director: Three Billboards Outside Ebbing, Missouri has had a pretty impressive showing this awards season, which makes this omission particularly glaring. McDonagh was nominated for Best Original Screenplay but not Best Director. (Photo via Merrick Morton/Twentieth Century Fox)
Patty Jenkins for Best Director: Fans are not happy to see that Jenkins, the woman responsible for bringing Wonder Woman and her entire world to life, is missing from the Best Director category. (Photo via Jason LaVeris/FilmMagic)
Steven Spielberg for Best Director: Despite the Best Picture nomination for his latest film, The Post, the three-time Academy Award winner was snubbed in the directing category. (Photo via Niko Tavernise/Twentieth Century Fox)

Which snubs surprised you the most? Let us know @BritandCo!

Desiree O
Desirée O is a ‘Professional Bohemian’ who loves anything and everything related to the arts, entertainment, and pop culture. She ADORES being a ‘Newsy’ for Brit + Co, covering all of the latest tidbits of awesomeness that you want to read about. When she’s not writing, she’s either making messy art, going on long adventurous walks with her camera, or poking around over at bohemianizm (http://www.bohemianizm.com/). You can find out about Desirée O and her work at http://DesireeO.com/ or follow her on Twitter @DesireeO.
Awards Shows
Movies
Awards Shows Oscars
More From Movies