Why Paris Jackson Is Showing Off Her Leg Hair 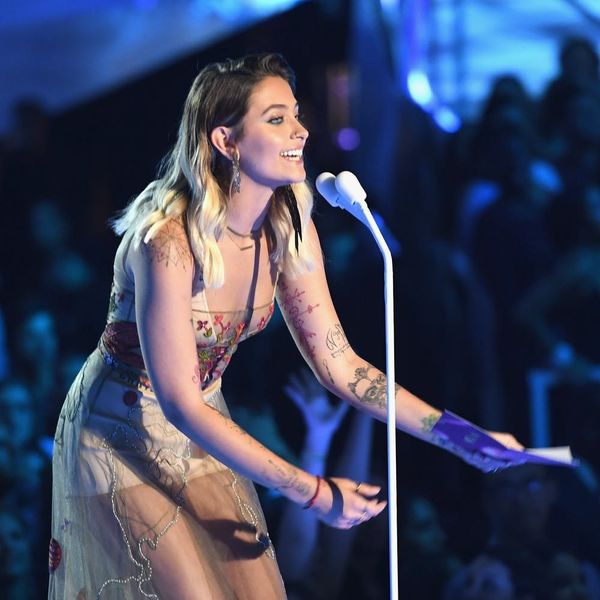 Paris Jackson definitely doesn’t shy from bold choices — and we don’t just mean with her rockin’ fashion sense and sweet tattoos. Lately, the daughter of Michael Jackson, 19, has been sporting unshaved legs, and the reason why is pretty funny, TBH.

While she’s spoken out about her love for body hair (back in March, she posted an IG story showing off her glorious armpit hair), that isn’t what she’s crediting her leg hair to this time. Jackson captioned a pic via Instagram, “if you’re not competing with your brother over who can grow longer leg hair wyed.”

She posted some more snaps to her Instagram story, comparing her progress to her guy pal Tom Hamilton‘s leg. It’s quite impressive.

In a video she shared with her fans, Jackson even revealed that she sometimes lets her friends pet the hair — because what’s the point of growing out your calf fuzz if you’re not gonna let anyone touch it?

What do you think of Paris Jackson’s competition with her brother? Tell us @BritandCo!

Shea Lignitz
Shea can be found in the nearest bookstore or brewery, exploring the great outdoors, or blasting Led Zeppelin. She grew up in the cold and rain of Northern California's redwoods but is currently wandering around Texas.
Celebrities
Hair
Celebrities Celebrity Beauty