If Your S.O.’s Driving Habits Annoy You, You’re Not Alone 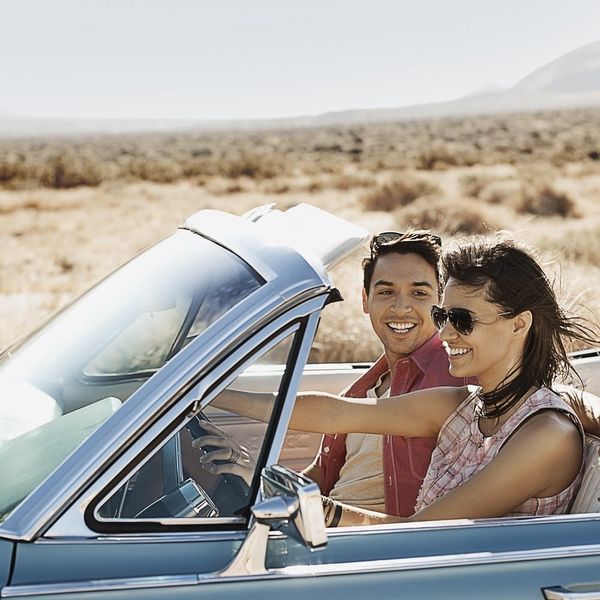 If you and your S.O. are planning to make like travel bloggers and hit the road, you might want to check out this study by NetQuote.com first. Traveling with kids brings a unique set of challenges, but traveling with your partner can also lead to some major stresses — it’s so easy to get annoyed with your S.O.’s driving habits. If the stats below freak you out, never fear. We’ve got some tips to score major flight deals so you won’t have to deal with a backseat boo.

The study, which surveyed 2,000 people across the country, found that females drive their male partners more often than males drive their female partners. With all this girl power at the wheel, it’s no wonder that female drivers take the majority of the complaints: 57.5 percent of women said their partners sometimes or very often criticize them when they drive.

This criticism is normally rooted in the fact that neither sex takes their partner’s suggestions when driving. The other top driving-related complaints, the study found, were driving too fast, tailgating other drivers and braking too hard. Many couples studied said that playing music they don’t like is a top pet peeve too.

While all types of couples expressed distress over their partner’s driving habits, the most affected couples were the most committed. The study showed that a whopping 37.2 percent of married people described road trips together as “stressful,” while only 23.1 percent of their unmarried, non-cohabitating counterparts said the same.

Despite the different habits that annoy your S.O. while on the road, the culmination of pet peeves illuminates the most interesting fact of all: 30.9 percent of women said they have feared for their lives while driving with their partner. Buckle up, ladies!

How do you cope with a backseat boo? Let us know @BritandCo!

Gabrielle Gresge
Gabrielle Gresge is a Chicago native and journalism student at the University of Missouri. While not chasing deadlines, she enjoys giving campus tours, exploring her new home, and missing her old one. She loves to write about these experiences in her own handwriting at gabriellegresge.wordpress.com.
study
Relationships
study
More From Relationships