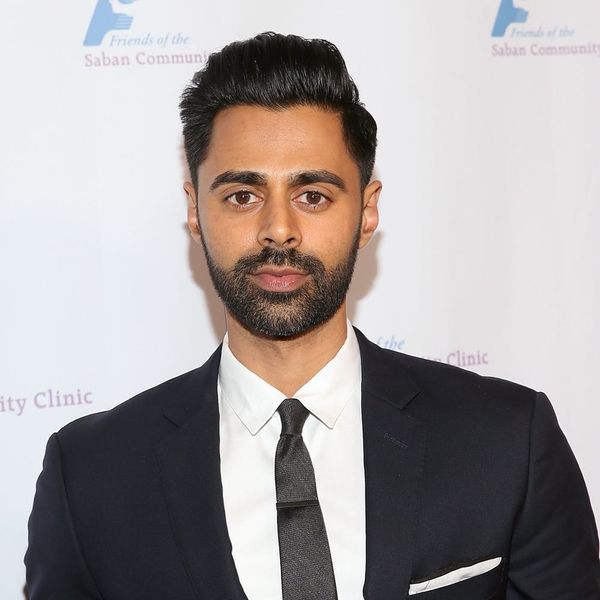 Streaming service Netflix is under scrutiny after it was reported Tuesday that the US-based company caved in to pressure by the Kingdom of Saudi Arabia to pull an episode of Patriot Act With Hasan Minhaj that was critical to the kingdom’s regime — particularly their role in the murder of exiled Saudi journalist Jamal Khashoggi.

In the episode, simply called “Saudi Arabia,” Minhaj directs his scrutiny at both Saudi Crown Prince Mohammed bin Salman and President Donald Trump, who has publicly said he supports the regime even though the CIA believes that the prince was complicit in the slain journalist’s murder. Officials in the capital city of Riyadh insist that Khashoggi’s death is the result of rogue operatives working outside of the government’s reach.

In a statement, Netflix told CNBC that the site pulled the episode from streaming in the Middle Eastern country due to a legal issue.

“We strongly support artistic freedom worldwide and only removed this episode in Saudi Arabia after we had received a valid legal request — and to comply with local law,” said the statement. Nonetheless, the decision has prompted backlash, with some questioning how and why it was so easy for an oppressive government regime to censor content created in the US.

In the episode, Minhaj gives a brief overview of bin Salman’s rise to power in Saudi Arabia and how his carefully crafted public image as a great Middle Eastern reformer has taken shape, as well as what it hides. Minhaj points out that while the prince has spent billions of dollars funding businesses in Silicon Valley, presided over the lifting of the ban against women driving, and has worked to shift the country’s economy away from oil production, Saudi Arabia continues to be violently oppressive against anyone who may speak out against it.

“The only thing he’s modernizing,” Minhaj says in the episode, “is Saudi dictatorship.”

Khashoggi’s editor at The Washington Post, Karen Attiah, challenged Netflix’s decision on Twitter Wednesday morning, writing, “Did the Saudi authorities threaten @Netflix with shutting down the streaming service in KSA altogether if they didn’t remove @patriotact episode on Saudi Arabia and #khashoggi?” She also questioned how difficult it was for the regime to get their way, and asked if Netflix even pushed back against the request.

Saudi Arabia is considered one of the world’s worst places for internet freedom in the world, coming in 169th on a list of 180 nations created by Reporters Without Borders. Their official cyber crime law bans the “production, preparation, transmission, or storage of material impinging on public order, religious values, public morals, and privacy, through the information network or computers,” and is what was cited by the country’s Communications and Information Technology Commission as the reason why the “Saudi Arabia” episode of Patriot Act was requested to be pulled. The episode was available on streaming for several weeks before being removed by Netflix.

Although Netflix’s statement states the request was a valid legal one, Amnesty International points out that the same law has been used by the Saudi regime to silence political activists. In fact, the regime charged five activists under the cyber crime law last summer for sharing images during the so-called Arab Spring on their personal Facebook pages.

The activists were participating in non-violent protests and using social media to share images of protests and messaging each other regarding meetings and plans. Included in the group of five is a 28-year-old woman, Israa al-Ghomgham, who has the awful distinction of becoming the first woman activist set to be executed for peaceful dissent in the country.

It’s in this context that many people are concerned and confused over the decision by an American company to comply with the demands of the Saudi regime — and, further, what that means for freedom of expression everywhere.

“Every artist whose work appears on Netflix should be outraged that the company has agreed to censor a comedy show because the thin-skinned royals in Saudi complained about it,” a spokesperson for Human Rights Watch said in a statement to The Guardian. “Netflix’s claim to support artistic freedom means nothing if it bows to demands of government officials who believe in no freedom for their citizens – not artistic, not political, not comedic.”

With net neutrality officially dead in the US, Netflix’s removal of the episode of Patriot Act could set a dangerous precedent in which corporations or government officials can have a say in what does or does not get aired stateside. With blurred lines between media companies, telecoms, and government lobbyists, net neutrality’s demise could mean that shows like Patriot Act could be inaccessible in certain areas of the US, or not be produced at all. While there’s no evidence that companies are actively working today to censor shows like Minhaj’s, the ease with which the Saudis had one episode of his show pulled should keep us on our toes.

Clearly, the best way to stop people from watching something is to ban it, make it trend online, and then leave it up on YouTube.

As for Minhaj, the comedian pointed out the irony of attempting to silence his dissent by pulling the episode off the streamer.

“Clearly, the best way to stop people from watching something is to ban it, make it trend online, and then leave it up on YouTube,” he said via Twitter, before going on to remind his fans of the present (and illegal) Yemeni war that was started, in part, by Saudi Arabia.

“Let’s not forget that the world’s largest humanitarian crisis is happening in Yemen right now,” he wrote. “Please donate: https://help.rescue.org/donate/yemen”

Kat Armstrong
Kat has been a writer, social media maven and mom for longer than she's willing to admit. She's also spent time in front of and behind the camera, interviewing celebs, politicians and acting as a producer for fashion and artistic photography shoots. When she isn't writing for various orgs and publications, she's hanging with her kids, husband and French Bulldog, Peter, in Toronto, Canada.
Controversy
Current Events
Controversy Netflix Politics Tech News
More From Current Events