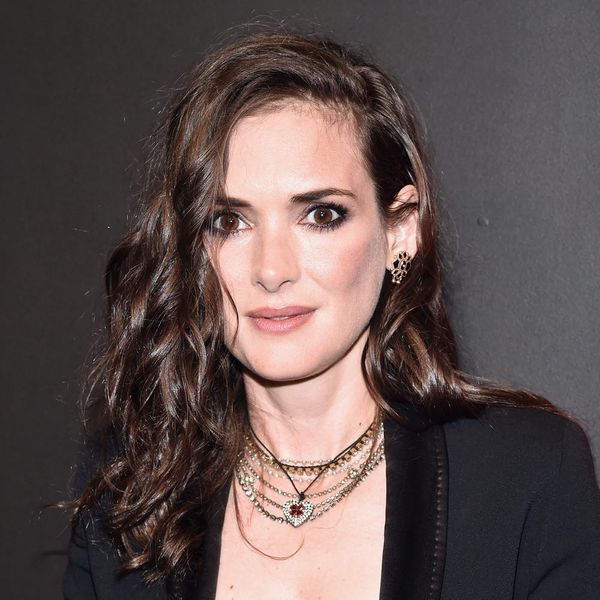 If you watched the Golden Globes last night, you know there were a plethora of impressive TV dramas and heart-wrenching films that honestly all deserved to take home an award. In keeping with the theme of well-executed filming, L’Oréal aired a cinematic commercial featuring Winona Ryder, and the 60-second flick sent Twitter into a tizzy.

The clip shows an initially unidentifiable actress shot from behind. She is in a dressing room and all we can see of her is her stunning black gown and luscious hair, which is styled in tumbling curls. The actress caresses her curls and proceeds to sit in front of her dresser, where we’re shown a vase of roses with the words “break a leg! Love, M” scribbled on a card. More hair-touching shots, and then — at the 40-second mark — the actress is finally revealed as Winona Ryder. “Everyone loves a comeback,” the screen reads, “damaged hair deserves one too.” The commercial ends with an image of the New L’Oréal Elvive collection and finally “because you’re worth it” across the screen.

I just SCREAMED at the reveal in the Winona Ryder hair care commercial. I hope it wins the Emmy for Best Drama. #GoldenGlobes

WINONA RYDER WASN'T EVEN THERE AND SHE WAS THE QUEEN OF THE GOLDEN GLOBES I LOVE A TRULY ICON WHO DESERVES NOTHING BUT LOVE pic.twitter.com/PiNSkEl3Fd

me watching winona on my tv during the golden globes even though i’ve already watched the commercial 645 times, come up with 7 conspiracies on who “M” could be, and already have money stored away to buy the entire elvive collection pic.twitter.com/kIg6nB8qA1

Some viewers applauded the commercial, likening it to a “frontrunner for Best Picture at the Oscars,” and praising it for putting the 46-year-old in the spotlight.

Okay, that L'Oreal/Winona commercial confused me. I thought i was watching something serious about the #MeToo movement and then – BAM! – hair product commercial. Way too extra just to shill shampoo.

On the flip side, others thought the damaged hair theme trivialized Ryder’s career, while some denounced the clip’s dramatic flare as tone deaf given all of the *actual* seriousness going on in Hollywood as of late. Whether or not you agree with the messaging, it’s fair to say Winona looked stunning — which is only the cherry on top of her successful career.

What do you think about the L’Oréal Golden Globes commercial? Tweet us @BritandCo!