5 Places You Can Still See the Northern Lights 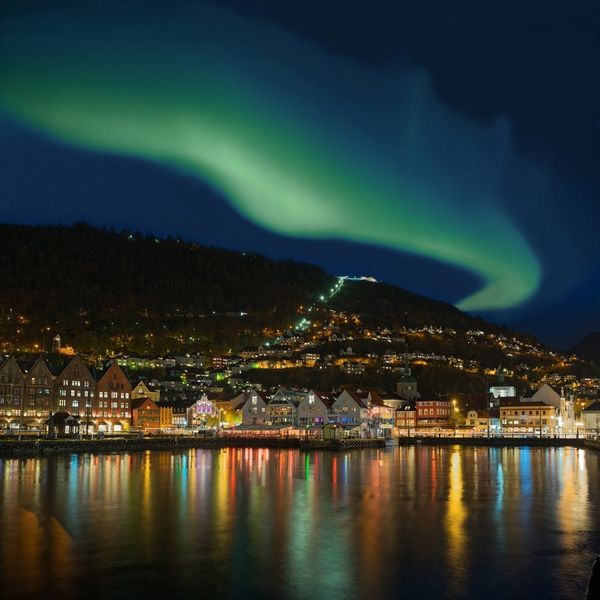 It’s no surprise that seeing the Nothern Lights tops bucket lists for many people — the colorful light display is one of nature‘s most beautiful and mystical phenomenon. Though looking for the aurora borealis during winter is common, you can also catch the Northern Lights in a handful of places around the world through early spring. Whether you’re looking to plan a quick trip or add an adventure to your existing itinerary, we’ve rounded up five promising places to enjoy an amazing experience.

1. Hella, Iceland: When it comes to Iceland, you probably picture the popular ponies, candy-colored houses in Reykjavík, the country’s capital, and glaciers. You might know that this trendy vacay destination offers some prime positions when it comes to seeing the Northern Lights — even at the end of March. According to Travel + Leisure, volcano-based Hotel Rangá (in Hella, which is in southern Iceland) is a perfect place to hunker down while you wait for auroras to appear. Watch them from healing, geothermal tubs on-site or choose to lay low in your room and get a phone call when there’s something magical to see. Want a preview? Scope out the property’s live Northern Lights webcam anytime you’d like; it’s on 24 hours a day.

2. Abisko National Park, Sweden: This National Park (which is home to the Aurora Sky Station and the Abisko Mountain Station) is known for its natural beauty and tours, which help locals and visitors experience its natural magic and untouched wilderness with expert guides. Late March marks a final chance to enjoy the park’s popular Northern Lights hike. The once in a lifetime journey winds guests along the Abisko River for four hours — with nothing more than a small oil lamp in tow. The journey concludes with a campfire and local fare, including reindeer meat, for you to enjoy while waiting to see a light show.

3. Norway:Are you dead set on seeing the Northern Lights on your winter or early spring trip to Norway? While catching a colorful display can never be promised, the Hurtigruten cruise company actually guarantees you’ll spot the aurora borealis during their 12-day Norwegian adventure if you travel between October and the end of March — or your next voyage comes for free. The epic Astronomy Voyage will take you from Insta-worthy Norwegian towns Bergen to Kirkenes and back. In addition to the Northern Lights, you can expect to witness beautiful wildlife and jaw-dropping scenery, such as the country’s picturesque mountains and fjords.

3. Kemi, Finland: Perhaps best known for its massive Sampo icebreaker, it comes as no surprise that Kemi also has a famous SnowCastle made from frozen seawater. The seasonal display — which goes up at the end of January and lasts through the end of April — is near the quaint city center and feels like a literal winter wonderland. You’ll love to book a stay at the SnowHotel, visit the SnowChapel, and eat inside the SnowResturant; all of which will make staying on Bothnian Bay to see the Northern Lights an extra special experience you’ll remember forever.

5. Inuvik, Canada: If Justin Trudeau memes or the viral, Olympic ice dancing duo Virtue and Moir haven’t peaked your interest in Canada yet, the brilliant Northern Light displays along Inuvik’s legendary ice road (which is one of the world’s longest) might do the trick. Best-traveled from the beginning of February through mid-April, the frozen Mackenzie River spans from Inuvik to Tuktoyaktuk, a village on the Arctic Ocean. Travelers take note: Though seasons are unusually short in remote Inuvik, winters are long and frigid — freezing temperatures can happen at any time during the year.

Have you seen the Northern Lights? Show us your best shots on Instagram @BritandCo!

Krista Gray
Krista Gray is a web producer and freelance writer who lives in San Francisco. When she's not working with clients through her company GoldSquare, she loves reading, traveling, and learning new things.
Travel
More From Travel