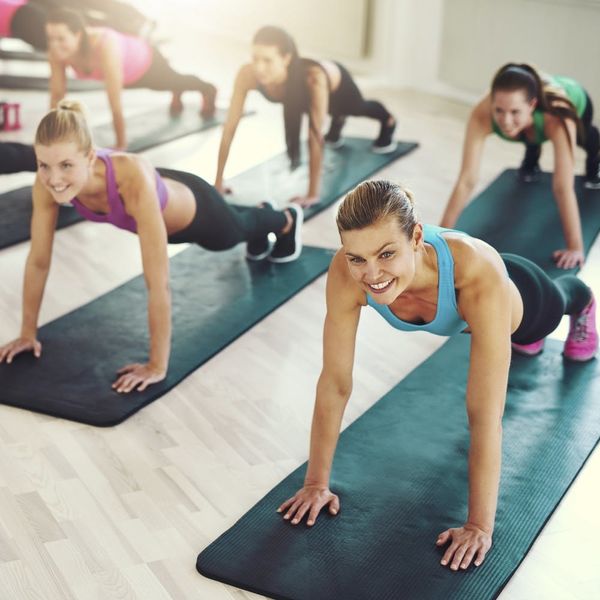 With those New Year’s Resolutions in full swing, January is perhaps the one time of year when the gym might actually be more crowded than your favorite happy hour bar. With visions of sugar plums, fudge, sugar cookies and pretty much every other sweet behind you now is the time to focus on getting 2016 started on the right foot. As stellar as it is that so many people have fitness on the brain, it can make your gym sesh a bit of a nightmare. Luckily, Women’s Health recently scored some new data from ClassPass users to figure out when exactly it is that most people work out.

According to their data, it turns out Tuesday is the most popular day to hit the gym with Monday and Wednesday trailing right behind. If you’re looking to know exactly when to steer clear (or arrive super early) for class, 6:30PM is the peak time on weekdays. On the weekends folks seem to sleep in a little later, with most coming in around 10AM.

Additionally, Classpass also shared a few other pieces of useful information. Apparently January 13 is the most crowded day at the gym of the whole year and you can probably expect yoga to be more popular during winter than any other season. If there ever was a time to try out all those at-home workout apps, it’s sounding like January might be it.

Cortney Clift
Cortney is the senior writer and special projects editor at Brit + Co. She typically covers topics related to women's issues, politics, and lifestyle. When she's not buried behind her computer you'll find her exploring New York City or planning her next big adventure.
Fitness
Health
Fitness Workouts