President Trump Will Allow 6,900 Syrians to Remain in the US for 18 Months 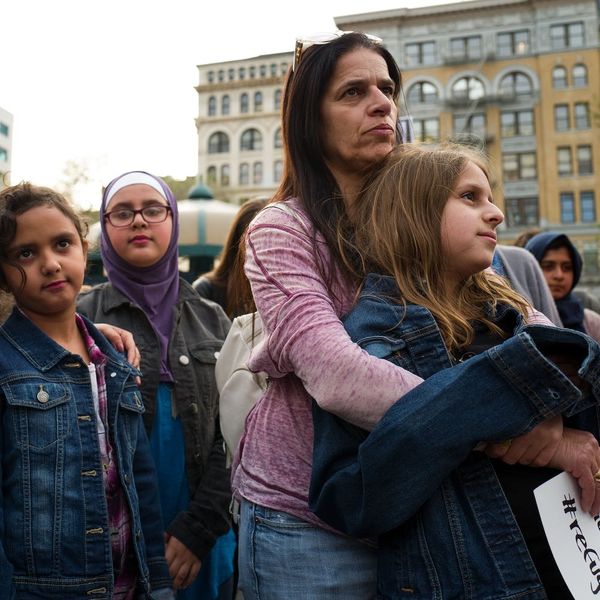 On Wednesday, the Department of Homeland Security announced it will renew the Temporary Protected Status of 6,900 Syrians living in the US, allowing them to remain in the country for another 18 months.

As the Syrian war worsened in 2012, the Obama administration offered Syrian immigrants the chance to apply for Temporary Protected Status (TPS). Almost 7,000 Syrians register and paid to participate in the program, and were allowed to temporarily work and live in the United States.

The Trump administration extended this status on Wednesday to the Syrians who have been in the U.S. since August 1, 2016. There are about 2000 Syrians who have arrived in the US since that date and who will not be protected by the TPS renewal, reports NPR.

TPS protects nationals of countries who fear danger in their home countries due to conflict or natural disaster. The majority of those protected come from El Salvador — almost 200,000 nationals, or 61 percent of TPS recipients. About 57,000 Hondurans receive the status, along with 46,000 Haitians. Syrian nationals come in fourth.

The Trump administration recently extended TPS for nationals of El Salvador — but for the last time. El Salvador was added to the list of countries eligible for TPS protection after a devastating 2001 earthquake. In September 2019, more than 200,000 Salvadorans will have to leave the US or find another avenue to remain in the country legally. The president also recently canceled renewals of the program for Haiti and Nicaragua, reports the New York Times.

But while the administration may argue that living conditions have improved in El Salvador, Haiti, and Nicaragua, the same cannot be said for Syria, something they openly admitted.

“It is clear that the conditions upon which Syria’s designation was based continue to exist, therefore an extension is warranted under the statute,” Secretary of Homeland Security Kirstjen Nielsen said in a statement.

Here’s to hoping that conditions in Syria improve significantly in the next 18 months so that TPS status will no longer be necessary, and that those Syrians who wish to stay in the US will be granted the legal opportunity to do so.

Tell us your thoughts @britandco.

Lia Grainger
Lia Grainger is a freelance journalist and reluctant nomad who divides her time between Canada and Spain, weather dependent. She's written for The Atlantic, Reader's Digest, the Toronto Star and other print and online publications, and her work appears in dozens of languages around the world.
Immigration
Current Events
Immigration Politics
More From Current Events