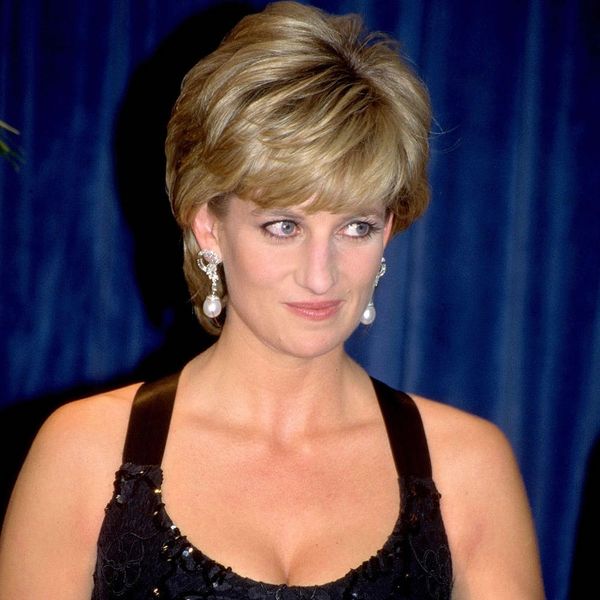 Clutches and micro handbags are basically a GNO and cocktail party essential. They accessorize outfits, hold phones and cash, and they… shield cleavage? Well, they did for Princess Diana. In an interview with The Telegraph, handbag designer Anya Hindmarch shared that she and Princess Diana called the princess’s stylish clutches “cleavage bags.”

“We used to laugh when we designed what she called her ‘cleavage bags,’ little satin clutches which she would cover her cleavage with when she stepped out of cars,” Hindmarsh revealed.

And photographic evidence from some of Princess Diana’s many appearance proves Hindmarch’s point. As paparazzi descended on her vehicle at events, the late princess used the tiny bags to cover her chest to avoid an, ahem, potential wardrobe malfunction. Very clever, Princess Di!

Similarly, it was reported earlier this year that Kate Middleton might hold a clutch with both hands when she’s in public for a specific reason. It’s an ingenious tactic for circumventing awkward moments when shaking hands might be inappropriate. According to etiquette expert William Hanson, who explained to MailOnline, “It is protocol that you do not extend your hand to any member of the royal family (blood royal or those who have married in to the family) unless their hand extends first.” And full hands mean no handshaking.

Interestingly enough, the multi-use of a handbag may just be a royal family legacy, because apparently the Queen uses her bag to signal to her staff that a conversation needs to come to an end.

Do you have other uses for your clutches? Tell us @BritandCo!