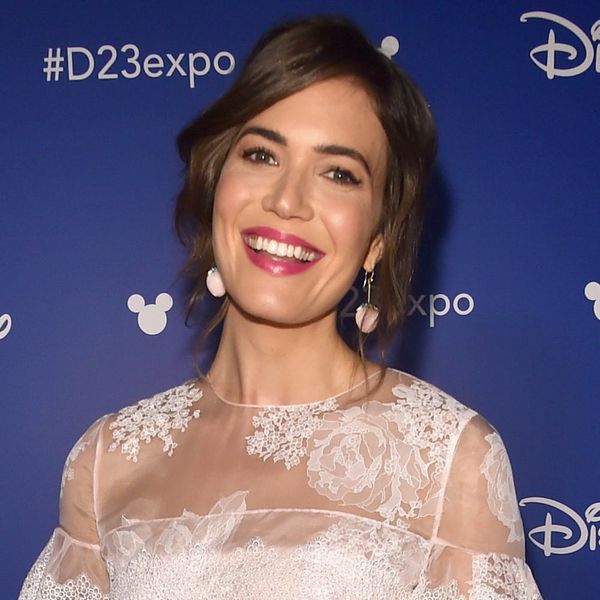 It’s hard to believe that this weekend marks the 16th anniversary of the first Princess Diaries. While plenty has changed over the years — like the fact that the film’s star, Anne Hathaway, is now a mother and Oscar-winner, and beloved director Garry Marshall has passed away — we’re as eager as ever to catch up with Princess Mia and her (fictional) kingdom of Genovia. Rumors around a Princess Diaries 3 film have been swirling for a while now, but the latest heavyweights to weigh in on the film have us seriously geeked out for it to come to fruition.

Mandy Moore, for one, has an idea for a scene that we’d be all for. The singer/actress, who appeared in the first movie as popular high school student Lana, who was less than friendly to the princess, told Cosmopolitan that she feels like there could be some sort of redemption in store for her character.

She attempted to explain some of her character’s Mean Girls-like behavior as a teen, saying, “She was insecure, going through a difficult time in her life, and [has now] reflected on why that wasn’t okay.”

Now, Moore says, “I would like to see this woman evolve. If I’m going to be involved, I would be down for a cameo — maybe she could make amends with Mia and apologize for being a bully when she was younger.” Amen!

She just may get her wish: Meg Cabot, the author whose best-selling YA novels inspired the original film, has also weighed in, saying that she’s definitely interested in doing a third film for the franchise. As she told Entertainment Weekly, it would be “kind of… a tribute” to Marshall, who passed away in 2016.

Julie Andrews (who, you’ll remember, played Mia’s grandmother, Queen Clarisse) is also on board, sharing a similar sentiment with BuzzFeed in March: “I think we might do it in honor of him. Annie [Anne Hathaway] had an idea that she wanted to pursue about it, and I’m all for it, so if she’d like to.”

Fingers crossed this all comes together for another blockbuster hit!

Do you think Mandy Moore (as Lana) should appear in The Princess Diaries 3? Let us know @BritandCo!