This Is What You Should STOP Doing in Your Texts 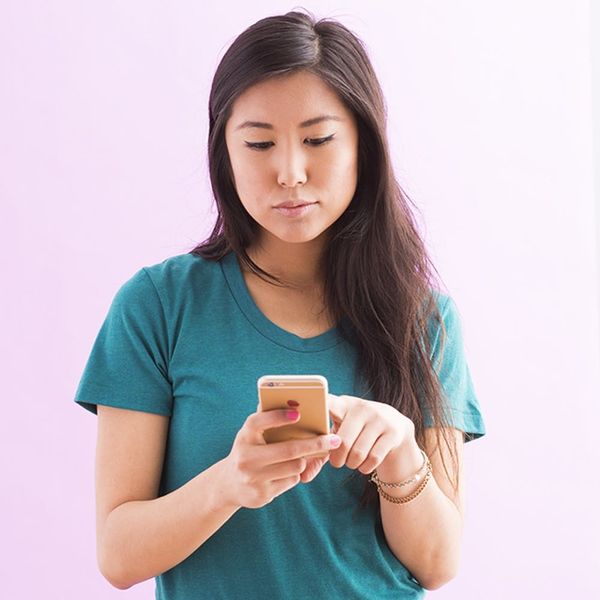 Good news for those of you who find using punctuation when you are texting to be oh-so-tiresome. A new study finds that using all those pesky commas and periods and following basic rules of grammar makes you come off as insincere. While your 10th grade English teacher won’t be thrilled, you will be able to write your texts faster!

The study found that the texts that ended in periods were viewed as less sincere than those that nixed punctuation. Perhaps punctuation connotes a more serious tone, or that you were so unexcited by the plan that you took the time to make sure your sentence was properly punctuated out of spite. As for using punctuation for handwritten notes, no difference was found. Interestingly though in a follow-up study, participants found texts that ended in exclamation marks to be more sincere than those sans punctuation.

This is definitely more of a modern problem though, as the study showed no difference in response when periods were or weren’t used in handwritten notes. Guess back in the golden olden days people cared more about getting the actual invite than how many exclamation points were used—and, you know, living past the age of 35.

“Text messaging is one of the most frequently used computer-mediated communication (CMC) methods. The rapid pace of texting mimics face-to-face communication, leading to the question of whether the critical non-verbal aspects of conversation, such as tone, are expressed in CMC,” the researchers wrote in the study. “People obviously can’t use these mechanisms when they are texting. Thus, it makes sense that texters rely on what they have available to them — emoticons, deliberate misspellings that mimic speech sounds and, according to our data, punctuation.”

So basically forget everything you learned about grammatically correct writing in school and just use a lot of exclamation points and emoticons when you tell your friend you will meet them for frozen yogurt.

Do you try to use proper punctuation when you text? Tweet us all about it @BritandCo.

Meredith Lepore
Meredith is a freelance writer/editor who writes for Levo League, Bustle, Refinery 29, Instyle.com as well as magazines including Marie Claire, SELF, Women's Health and Cosmopolitan. Before going freelance she was Editor in Chief of the women's career site The Grindstone. She earned her Masters in Magazine, Newspaper and Online Journalism from the Newhouse School at Syracuse University. Meredith resides in New York full time and enjoys SoulCycle, jogging and playing with her Yorkshire Terrier Otis, who also loves SoulCycle.
Tech