These Are the 2 Qualities Most Cheaters Have in Common 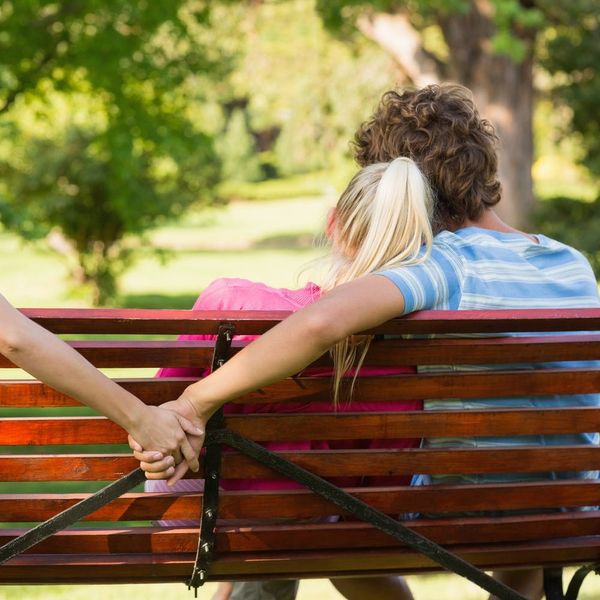 Picture a cheater. Perhaps you’re imagining Bill Clinton, or Regina George, or maybe even the face of a partner who cheated on you. Regardless, none of these people look identical. In the same way that it’s impossible to determine whether someone is a cheater based on their appearance alone, it’s also impossible to tell if a one-time (or even a few-time) cheater is an all-the-time cheater. We talked to infidelity expert Anita Chlipala, a Chicago-based licensed marriage and family therapist and the author of First Comes Us: The Busy Couple’s Guide to Lasting Love ($18), about cheating and why she thinks the saying “once a cheater, always a cheater” should be scrapped.

Line 10 people up in a room, and no one will be able to guess with 100 percent accuracy who the cheaters are, according to Chlipala. “Anyone can [cheat],” she says. For this reason, patterns and trends are almost impossible to pin down, but Chlipala believes two across-the-board qualities of cheaters are conflict avoidance and confusion surrounding infatuation. As for the former, “They might not be as happy or as satisfied because they don’t speak up for what they need in their relationship,” Chlipala says.

Moreover, feelings of infatuation have a lifespan of 12 to 18 months, so those who expect to still feel “Hollywood feelings” after that point in their relationship might stray. “They think they’re with the wrong partner,” Chlipala explains. “And then when they feel the infatuation with somebody else, they think, aha, this must be the person I should be with.”

Chlipala estimates that 98 percent of her clients never intend to cheat on their partners. Rather, they slide down what she refers to as a slippery slope. So then, what pushes them over the edge? Opportunity and unmet needs.

Chlipala says many of her clients are unhappy in their relationships for years before they engage in infidelity, and the timing has everything to do with an opportunity arising. It isn’t until an old flame or a new hire enters the picture that cheating begins to seem like a viable option.

And unmet needs — physical, sexual, or emotional — can cause people to seek fulfillment of those needs elsewhere. “This could be for something like attention, affection, quality time, or feeling special,” Chlipala says. “And then enter someone else who makes them feel special… and it’s intoxicating.” These needs are especially dangerous when they go unexpressed, which is common for conflict avoiders.

How to Handle Cheating

To counter this, Chlipala encourages explicitness — explicitness about needs, but even more so about cheating in general. In the 11 years Chlipala has worked as a therapist, she has yet to encounter a couple who had defined cheating with each other prior to the incident of infidelity. “People assume monogamy without talking about it, or they assume love is enough,” she says.

People’s opinions of the threshold for cheating can span from emotional cheating to oral sex, so talking it out is essential. Chlipala recommends setting specific guidelines, although “a relationship should not be like a prison.” Topics she suggests discussing are the acceptability of texting another person late at night, spending alone time with another person, or getting drinks with another person. Although these might seem unnecessarily specific, establishing your stances on them beforehand does remove room for error.

Cheating should be talked about, not only within relationships, but also in society as a whole. “People don’t talk about cheating the way that they need to,” Chlipala says. The secrecy surrounding it leads to embarrassment for the betrayed and stigmatization for the betrayer. “I’m not saying that [the cheater’s] behavior is okay,” Chlipala says. “But if we just make this a black and white issue, then we’re not really addressing the real reasons why people are cheating.”

Because, as Chlipala has stated, it’s these “real reasons” — the conditions at that time in that relationship — that cause people to cheat much more so than any fundamental character flaw.

Do you agree with the statement “once a cheater, always a cheater”? Tweet us @BritandCo!