Quentin Tarantino Under Fire for Response to Uma Thurman Interview 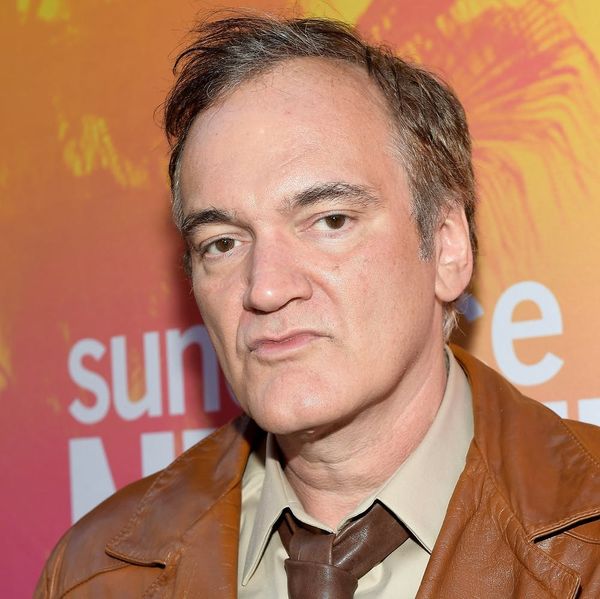 It seems that director Quentin Tarantino has been hiding a hefty stash of skeletons in his gigantic Hollywood closet, and in recent days we’ve witnessed them come tumbling, one by one, out into the light.

First, there was the revelation that actress Uma Thurman suffered permanent injuries while performing a Kill Bill stunt Tarantino had promised her was safe. Uma told the story in a New York Times exposé that detailed the alleged sexual assault she suffered at the hands of certified Hollywood monster Harvey Weinstein, who produced Tarantino and Thurman’s most successful joint projects.

In an interview with Deadline, Tarantino addressed the accident.

“Me and Uma had our issues about the crash,” said Tarantino. “She blamed me for the crash and she had a right to blame me for the crash. I didn’t mean to do it. I talked her into getting in the car, I assured her the road was safe. And it wasn’t. The car might even have been dubious too, even if I didn’t know that then.”

In the interview, he also defended the fact that he choked Thurman and spit on her during the filming of Kill Bill, basically saying it was for dramatic effect.

Tarantino managed to dig up the footage of the crash, and Thurman shared it on Instagram:

i post this clip to memorialize it’s full exposure in the nyt by Maureen Dowd. the circumstances of this event were negligent to the point of criminality. i do not believe though with malicious intent. Quentin Tarantino, was deeply regretful and remains remorseful about this sorry event, and gave me the footage years later so i could expose it and let it see the light of day, regardless of it most likely being an event for which justice will never be possible. he also did so with full knowledge it could cause him personal harm, and i am proud of him for doing the right thing and for his courage. THE COVER UP after the fact is UNFORGIVABLE. for this i hold Lawrence Bender, E. Bennett Walsh, and the notorious Harvey Weinstein solely responsible. they lied, destroyed evidence, and continue to lie about the permanent harm they caused and then chose to suppress. the cover up did have malicious intent, and shame on these three for all eternity. CAA never sent anyone to Mexico. i hope they look after other clients more respectfully if they in fact want to do the job for which they take money with any decency.

Though it doesn’t seem like it was Thurman’s intention, the story thrust Tarantino into the spotlight, and people began digging for dirt.

On Monday evening, Jezebel posted the audio from a 2003 interview with Howard Stern, in which Tarantino says Roman Polanski’s infamous 1977 sexual assault on then 13-year-old Samantha Geimer wasn’t rape and that she was “down to party.”

“He had sex with a minor. That’s not rape,” Tarantino says in the tape. “To me, when you use the word rape, you’re talking about violent, throwing them down… it’s like one of the most violent crimes in the world.”

He continues to defend his position for the length of the interview, despite the protests of Stern and his co-host, Robin Quivers.

Geimer decided to weigh in on the tape, and in an interview with the New York Daily News, calmly explained that Tarantino was mistaken.

“He was wrong. I bet he knows it,” said Geimer. “I’m not upset, but I would probably feel better if he realizes now that he was wrong, after 15 years, after hearing the facts,” she said. “Nobody has to be pissed off on my behalf. I’m okay.”

Not surprisingly, numerous Hollywood folk have taken to social media to provide commentary on the director’s undoing.

Diane Kruger, who starred in Tarantino’s 2009 film Inglourious Basterds, posted on Instagram in defense of Tarantino, writing: “I would like to say that my work experience with Quentin Tarantino was pure joy. He treated me with utter respect and never abused his power or forced me to do anything I wasn’t comfortable with.”

In light of the recent allegations made by Uma Thurman against Harvey Weinstein and her terrifying work experience on “Kill Bill”, my name has been mentioned in numerous articles in regards to the choking scene in “Inglourious Basterds”. This is an important moment in time and my heart goes out to Uma and anyone who has ever been the victim of sexual assault and abuse. I stand with you. For the record however, I would like to say that my work experience with Quentin Tarantino was pure joy. He treated me with utter respect and never abused his power or forced me to do anything I wasn’t comfortable with. With love, D xoxo

While actor Busy Phillips took to Twitter to express her regret at auditioning for him:

That I fucking showed up in SHORT SHORTS AND FLIP FLOPS as requested because I WANTED THE JOB. This business sucks and enables predators and FUCKING ENOUGH.

In an interview with The Guardian, Melissa Silverstein, founder and publisher of Women and Hollywood, brought the focus back to what the man is known best for: his films.

“There are a lot of men in our culture who are put up to us as visionaries and auteurs,” she said. “The stories that we’ve been told about them are stories that are based on a culture that is now no longer acceptable. We all want to ask the question, why are these people and why are these films the narrative of our culture? We are saying we want different kinds of narratives, and we want different kinds of stories.

What’s your take? Tell us @britandco.