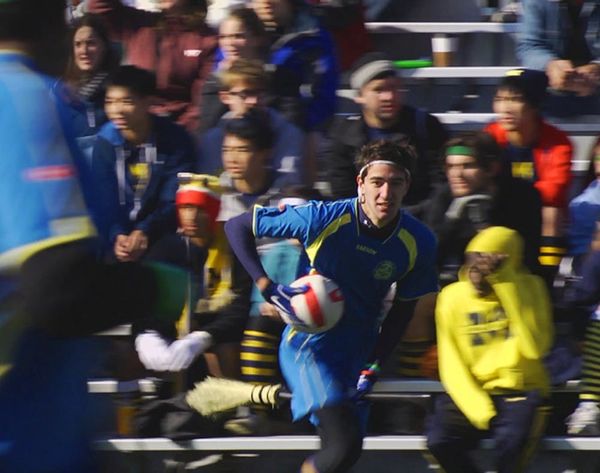 Thanks to a successful Kickstarter campaign, UCLA’s Quidditch Team stars in a feature documentary about their journey to the Quidditch World Cup in Mudbloods, and it’s getting Potterheads and Muggles excited about playing the Wizarding World’s favorite sport IRL.

Mudbloods director Farzad Sangari and writer/producer Eric F. Martin told Buzzfeed, “UCLA’s team captain Tom Marks was jokingly called a Mudblood by his brother because he started the non-magical sport of Quidditch at his school.” Instead of letting criticism and ridicule get to him, he decided to go forward with building a competitive Quidditch team.

“Mudbloods came to represent real-life Quidditch players in a unique and appropriate way, a group of fearless, resilient individuals with the audacity and imagination necessary to take a fictional game from a book series and make it real,” they continued.

BTW, it gets real. Quidditch is a co-ed full-contact sport with the brutality of rugby or lacrosse. That’s right, people — no pads or helmets, just brooms and the grass beneath you. Rules allow for one-handed tackles but nothing over the shoulder or from behind. “No one can really call us nerds out there,” one Quidditch player says.

Teams are made up of boys and girls (seven minimum) playing three distinct positions. Chasers wear white headbands, beaters wear black headbands and green headbands signify keepers. To score points, chasers fly down the field on their brooms to put the Quaffle through one of the three hoops positioned on each end of the playing field, scoring 10 points each. Beaters work as the defense to clear the way for chasers and keepers tend goal to block incoming quaffles. Matches last approximately 30-40 minutes, depending on when one of the seekers catches the snitch, which gets you 30 points.

“It’s actually better to be seen as a little weird and be happy than to not be the person you are,” a UCLA quidditch player says in the movie trailer. We couldn’t agree more!

Brooms up! Download Mudbloods on iTunes for inspo or start your own team and get on the field! Let us know what you think in the comments!

Maureen Luyun
Maureen is a writer and brunch enthusiast laughing way too loudly in Texas. If she isn't voraciously turning the pages of the latest celebrity memoir, she's probably picking up a new skill to use for a DIY project. Shopping (online and off) is her cardio, and as an avid advocate for the handwritten note, she loves to send (and receive) snail mail. Like Kanye West once tweeted, sometimes she gets emotional over fonts.
Harry Potter
Home News
Harry Potter
More From Home News