Is This the Most Brilliant Fashion Marketing Ever? 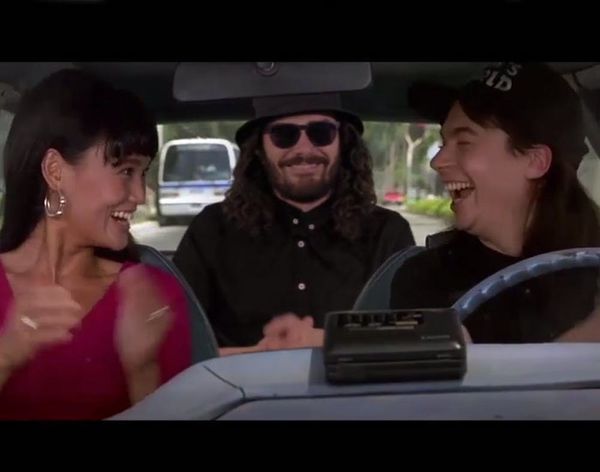 Not enough people in this world ask themselves if they’re ‘90s enough, but not all people are as bodacious as the bros behind Danish clothing brand Rascals’.

Let’s just say the crew has high standards regarding authenticity. When it came to making sure their audience understood that their new SS14 streetwear collection was inspired by the raddest of all decades (yes, the 90s), they put their designs to the ultimate test: splicing a model wearing their outfits into scenes from iconic ‘90s movies just to see how naturally they would vibe.

We like to think we’re pretty good at gauging THIS particular sort of thing, so let’s take a look, shall we?

Look! He’s buddying right up to Wayne and Cassandra! We bet that so-fine bucket hat seals the deal.

“This is it! Don’t get scared now!” But if you do, lil Macaulay, this friendly intruder can offer you a calming slice of ‘za.

Oh, to be the Baldwin among the Betties (that pose looks familiar…!). You’re probably thinking, ‘Is this like a Noxzema commercial or what?’

The verdict: Sh’yeah! their duds look legit rollin’ with the homies from Clueless and next to Wayne’s shredded jeans (way!).

The dude-only collection reinterprets the brand’s fave parts of ‘90s athletic wear like mesh shirts, baggy jerseys and Fresh Prince-style prints to fit with their modern sense of street style. It’s an impressive mix of couldn’t care less ‘tude and carefully selected casual silhouettes that look as at-home in the on-screen montage as they do IRL on the streets of 2014 Copenhagen (go ahead, peek at Rascals’ entire lookbook. Warning: babes abound).

It takes an ultra fashionable man with the charm of Wayne Campbell and the cool of Clueless’ Elton to party on in these looks (and maybe the wave of approval from his gf to rock a bucket hat in public), but that on-screen ‘90s hunk: now he really COULD be your dude.

What other way cool videos are paying tribute to your fave ’90s flicks? Tell us in the comments below.