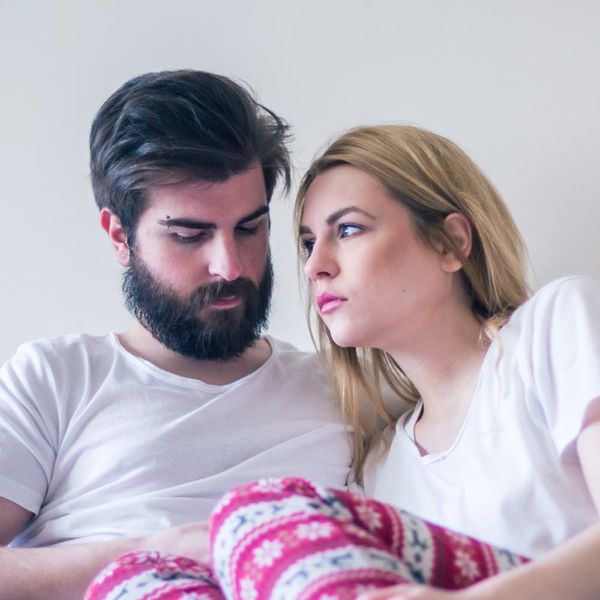 Mother’s Day can be a difficult time for many women — especially those facing the pain of loss or infertility. Defined as the inability to get pregnant after a year or more of trying, infertility is a widespread issue, impacting 10 percent of American women. Inspired by last month’s National Infertility Awareness Week, we spoke with women in various stages of their infertility journeys about their stories, what they learned, and what they wish they had known when they set out to grow their families. Here’s what they had to share.

We have been waiting for our children for seven years. Initially, everything just seemed like a timing issue, but about four years ago, our hope started dwindling when I was diagnosed with severe endometriosis. We went through a really hard season of failed [intrauterine inseminations] and a disappointing end to adoption. Now, three years later, we are faced with last-chance options, which are looking pretty bleak. Infertility has been humiliating, devastating, and exhausting, and now I’m in a season where I’m feeling like this might never happen for us, which is new territory. Throughout this journey, I have really struggled to believe that anything else in life could be as significant as our attempts to grow our family and now feel like we have missed out on so much. At the beginning of this journey, I wish someone would have told me that infertility doesn’t define me, no matter the outcome. Infertility can be part of my story, but it’s not who I am.

I spent most of my life decided to not have kids because of my chronic pain. I was pretty sure it would be difficult if I did want to because of severe recurrent ovarian cysts and my parents’ struggle with infertility (before they had six kids!). Before we got engaged, I had a serious talk with my husband, telling him I didn’t want to have biological kids, and I didn’t think it would be easy if I did want to. Seven years later, we decided we wanted to have a baby; I downloaded an app and read a lot of baby name clickbait. Almost a year later (going by the textbook infertility definition of one year of trying without success), we decided to tell our impatient families we’d been trying, so please stop nagging. I did a ton of research to find the infertility specialist who would be as close to a midwife as possible, and I found out I was pregnant the week before my appointment.

My husband and I were “not not trying” for three years before we got pregnant. The whole time, I thought something was wrong with one of us, but I didn’t really want to know, so we just kept living our lives. Because that reality was so painful, I think I didn’t let myself want to get pregnant so I wouldn’t get hurt. When I did get pregnant — we just had our first child three weeks ago — I was anxious something bad would happen and I would miscarry. I wish someone had been open with me about their infertility struggle when I was struggling. I felt like no one else in my world went through what I did.

I’ve been trying to get pregnant since last summer. The whole time we’ve been trying, my periods have gradually been getting heavier, so I finally went to the doctor and they found fibroids all over my uterus. I’ll find out next steps soon, but uterine fibroids do prevent women from getting pregnant, so we’re hoping once they are removed, things will work out. I just turned 37, so I would technically be a “geriatric” pregnancy.

My husband and I tried to get pregnant for four years, and I was diagnosed with PCOS after I had two miscarriages in a row. One thing I wish I knew is people just won’t understand. You hear people say, “It happens,” or, “It’ll happen in due time,” as if it’s no big deal at all. And to this day, even though I have two little girls, it feels like people still don’t get it. It’s hard to explain because you’re surrounded by people yet you feel completely alone and isolated. No one knows what you’re going through or how challenging it is. You feel like you’re weak or broken because you can’t get pregnant or go full term, while certain friends just have to look at each other and, voila, they’re pregnant and nine months later have a beautiful, healthy baby. You’re constantly torn between the feelings of happiness and jealousy, the will to keep fighting and trying yet pushing back hopelessness.

My husband and I tried for a total of almost three and a half years, with two miscarriages sprinkled in. For interventions, I took Clomid and had a laparoscopic surgery to check out my insides & clean out my endometriosis. (Fun fact: He also drilled my ovaries while he was in there!) We did intense natural family planning charting and naturopathic supplements. I also took metformin, James had semen analysis done, and I had a hysterosalpingogram [radiography of the uterus and fallopian tubes with the assistance of an injected opaque material] to make sure my tubes were open and my uterus was normal. I’m now pregnant with our first baby!

I wrote a whole book about infertility! I have endometriosis and battled infertility for five years before finally having our son through IVF when I was 29. We attempted it again a year later, but it didn’t work, and I experienced secondary infertility. I wish someone had told me how to survive and cope during the monthly cycle of hoping and grieving. It’s why I wrote my book. I read so many books about how to get pregnant, how to “fix it,” but I couldn’t find much about how to survive it with my marriage intact, with my relationships healthy. I also wish I’d had someone helping me with a holistic approach to infertility — not just a biological one.

I had secondary infertility after having my son. It was unexplained for a while, and after three years of medicine that did nothing but make me gain weight and cry a lot, the tide turned. All of a sudden I was able to get pregnant, but within a few days of seeing the pink line, whoosh — away “it” went. I probably had a dozen positive tests that were gone as quickly as they started. “Spontaneous miscarriages,” they said. We finally got off the roller coaster after 10 years and about 15 or so heartbreaks. My big, puffy dream of lots of children had slipped away into a mist and was gone. I realized later that my son was a miracle. I didn’t know then that my body would never be able to stay pregnant again. I just assumed I would have the chance to grow another and another. So now I look at my son and marvel that he is here.

I have two little girls after facing several years of infertility. After losing two babies, I felt discouraged, like my body just didn’t work. I was nervous to try to get pregnant again and, honestly, emotionally burned out. A year and half after our second miscarriage, I tried a different approach. I started doing acupuncture, which helped me to focus more on my thoughts and nurturing a positive relationship with my body. Taking control of my thought life really gave me faith that we could get pregnant again — and we did! I think being in a healthier place physically and emotionally made a huge difference in the process.

How have you or those closest to you coped with infertility? Tweet us @BritandCo.