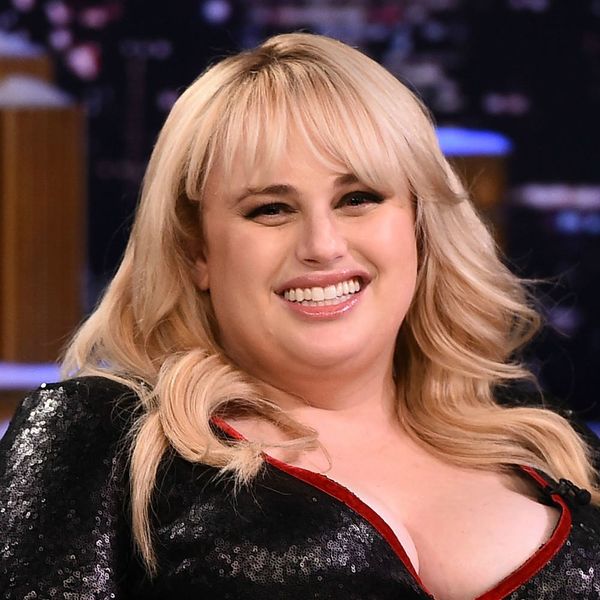 Australian actress Rebel Wilson missed what could have been an opportunity for learning on Friday, after she doubled down on her (incorrect) claim that she is the first plus-sized actress to star as the lead in a romantic comedy, which caused backlash online.

During an appearance on The Ellen DeGeneres Show earlier in the week, the Pitch Perfect star told the daytime host, “I’m proud to be the first-ever plus-sized girl to be the star of a romantic comedy.” Except she isn’t. But here’s the thing: it’s totally okay to admit that you’re wrong sometimes, and in fact, you will probably be better for it if you do.

After being called out on Twitter by a fan who pointed to both Mo’Nique and Queen Latifah as prior examples, Wilson responded by saying that she could still be the first-ever plus-sized lead in a rom-com — that is, if you take into account how those other movies were billed, or even whether the women were considered plus-size at the time of filming.

“Yeah I of course know of these movies but it was questionable as to whether: 1. Technically those actresses were plus size when filming those movies or 2. Technically those films are categorized/billed as a studio rom-com with a sole lead,” Wilson replied. “So there’s a slight grey area.”

But there isn’t a gray area. Queen Latifah has starred in multiple successful romantic comedies. Mo’Nique starred in 2006’s Phat Girlz. Shannon Purser just starred in Netflix’s Sierra Burgess Is a Loser. Not to mention the John Waters classic Hairspray, which has been made into two separate films starring Rikki Lake and Nikki Blonsky, respectively.

After being bombarded with corrections, however, Wilson simply tweeted, “I fully take all the comments onboard though so thank you.” And we get it — it’s hard to admit that you might be wrong about something. But you’ll never learn if you don’t admit your mistakes. And that means coming to terms with the stresses associated with learning that we might not be right, which creates cognitive dissonance.

“Cognitive dissonance is what we feel when [our] self-concept — I’m smart, I’m kind, I’m convinced this belief is true — is threatened by evidence that we did something that wasn’t smart, that we did something that hurt another person, that the belief isn’t true,” Carol Tavris, a co-author of the book Mistakes Were Made (But Not by Me), told the New York Times in 2017.

When you refuse to admit your mistakes, though, it makes it tougher for people to interact with you. You’re less likely to accept constructive criticism, and refusing to apologize makes you appear untrustworthy. But you can fix it. It just takes work.

First, you have to accept the confusion and stress associated with being called out or corrected and work toward correcting the mistake you made. In a case as simple as this, it would be listening to criticism and learning. You have to remember that people are (generally speaking) forgiving and want others around them to do and be better.

You also have to understand that the feelings we all get when cognitive dissonance rears its ugly head are just that: feelings, which are manageable. If you can work through those, you’re on your way to being more personally responsible, well-liked, and happier.

Psychologist Tyler G. Okimoto, a researcher who published a study that included information on why people stick to their guns, told the Times that if ‘fessing up is the way to correct your mistake, doubling down has the opposite effect for those around you, even if it makes you feel good at the time.

“If it is clear to everybody that you made a mistake,” he explained, “digging your heels in actually shows people your weakness of character rather than strength.” Even when the gaffe is a relatively minor one, like Wilson’s, owning it presents an opportunity to grow.

Kat Armstrong
Kat has been a writer, social media maven and mom for longer than she's willing to admit. She's also spent time in front of and behind the camera, interviewing celebs, politicians and acting as a producer for fashion and artistic photography shoots. When she isn't writing for various orgs and publications, she's hanging with her kids, husband and French Bulldog, Peter, in Toronto, Canada.
Celebrity
Empowerment
Celebrity Controversy Science
More From Empowerment