Will You Be Signing the Petition for a Redhead Emoji? 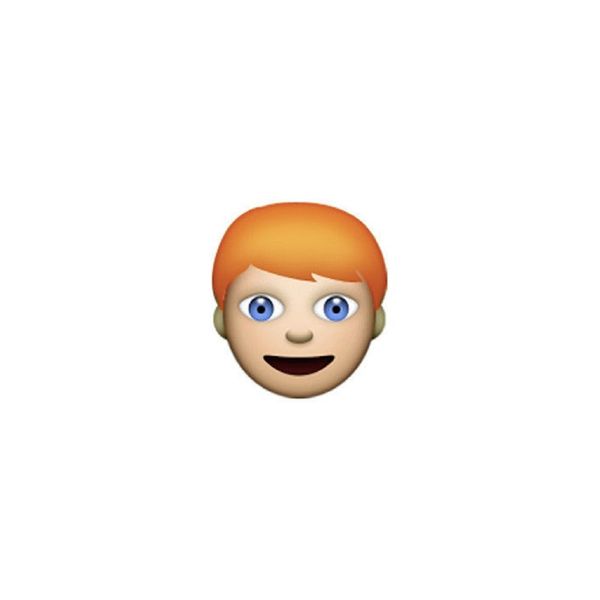 When it was revealed last week that Apple is reportedly finally releasing a slew of diverse emoji with its next iOS update we did all kinds of jazz hands and twirls. How can you blame us; we really can never have too much emoji in our lives — you? After the excitement of the dozens of new options wore off we realized there were a few that Apple may have missed and apparently we weren’t the only ones taking notes.

While many are thrilled with all the diversity in the new characters (still unsure about that default yellow color), there are some demographics that appear to have been glossed over. Namely redheads, who want their rightfully deserved emoji. Seriously, if there can be various blonde + brunette emoji, why isn’t there at least one redheaded one (also, where’s the curly hair + ecaille hair emoji ;)

Thanks to a Change.org petition, Internet users will hopefully get Apple to listen up and add a fierce ginger girl and adorable ginger guy to the official emoji keyboard.

The petition organizer, Emma Kelly — who runs a redhead-centric website Ginger Parrot — was inspired to launch this plea by Do Something’s “Diversify My Emoji” campaign. She expressed her disappointment in the exclusion of a redheaded emoji to The Guardian,”I can’t believe redheads didn’t even get one character in Apple’s openly ‘diversified’ collection of emoji. If you say you’re going to diversify, why not add a few ginger-haired emoji in the mix? Sure, we only make up less than 2% of the world’s population, but that is 138,000,000 iPhones waiting to happen.” Right on girl!

While the petition is close to reaching its goal of 5,000 signatures, where Emma will then send it to Apple to make a change, no official word from the tech company has been made regarding the issue yet. We’ll keep an eye on this request while we also count down the days until the diverse emoji hit our iOS device.

Will you be signing the petition to get Apple to add a redheaded emoji? Let us know in the comments.