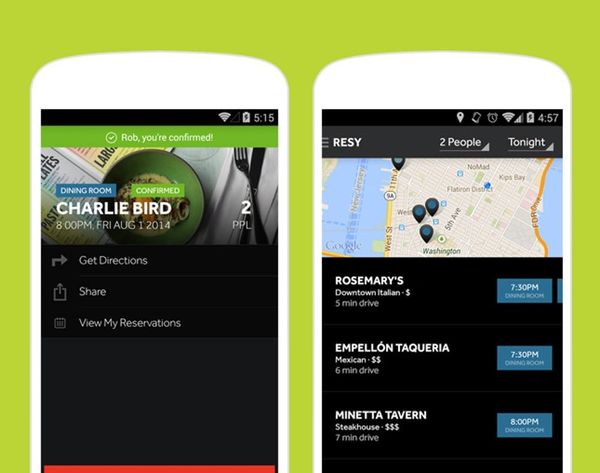 Foodie New Yorkers, get excited: A new app called Resy has launched, and it aims to make it easier for Joe Schmoes like you and me to score tables at highly regarded (and hard to get into unless you’re super famous) restaurants. Basically, thanks to Resy, VIP now stands for “Very Included People.”

Places like the renowned Balthazar make it incredibly difficult, if not totally impossible, for the average person to make a reservation. Resy CEO Ben Leventhal (who is also the cofounder of Eater) hopes to change that. For a small fee, the app allows users to book a premium table at a number of Resy-partnered restaurants — tables that were previously reserved for people like Beyoncé, should she randomly be in town and should she randomly want to stop in for some duck confit. Paying an extra $10ish for just a seat is admittedly kind of a drag, but if you’re trying to book a table for a special occasion, we see it being worth the extra expense.

The app (free on iOS and Android) is only available in NYC, but we’re guessing it will gain some traction and branch out into more markets soon — because foodies are everywhere, duh!

What elite restaurant have you been dying to try in your city? Let us know in the comments below.

Rebecca Pederson
Rebecca is an Oakland, CA-based freelance writer who manages the voice of social media channels for Fortune 500 companies and innovative startups alike. Also an established essayist, her creative nonfiction can be found on The Hairpin, The Toast, Thought Catalog and others. She is repped by Anthony Mattero at Foundry Literary + Media.
Tech