This Maker Created a Different Origami Figure Every Day in 2014 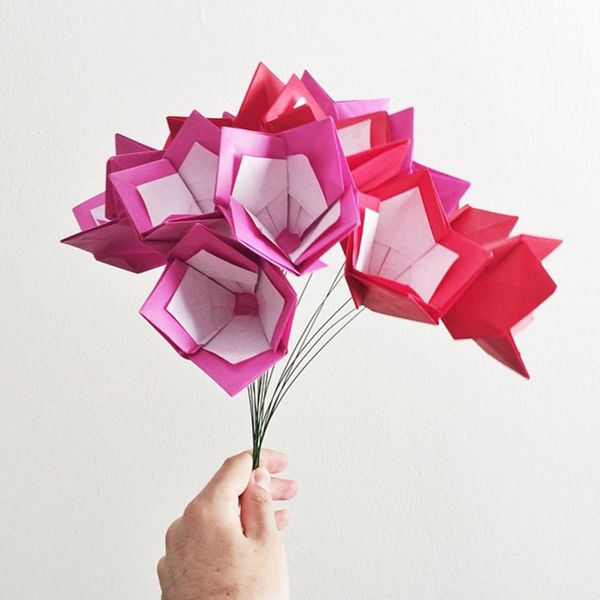 We’re big fans of all things making, especially paper art. But when makers take on a daily challenge involving one of the most complex forms of the medium — origami — we have to stop and stare (in admiration, of course). That’s exactly what origami artist Ross Symons made us do with his 365 Days of Origami project. We had a chat with him to learn more about the origami venture and folded over in wonder.

The Cape-Town-based artist commissions his paper folding masterpieces (hire him why don’t ya!) from his website White on Rice. He told us he’s always had a passion for origami creations. He’s loved this form of paper art so much that he’s been folding cranes for around 12 years. The birds were the foundation of his origami skill set, which he built upon by expanding to other folded models in 2013.

Inspired by other artists on Instagram who were doing daily projects, Ross wanted to take on the challenge of creating origami pieces daily in 2014. He knew this project would be beneficial for him personally, because it would expand on his passion and desire for the art of origami, while also developing his skills through daily productions.

To keep the 365 project streamlined and stress-free, Ross planned a theme for every week so ideas came easier throughout the year. For example, there was a Star Wars week, a bug week and even an angel week. Check out all 365 creations on Ross’ Instagram feed.

Throughout the project Ross found inspiration from everything around him, but he received the most inspiration (or at least input) from his followers. He told us they would actually be the ones who would lead to the week’s theme just by making requests. Ross also found plenty of inspo from books, tutorials, diagrams and those who designed the real-life figures that he folded (like the above Egyptian Pyramid).

Though these creations look super complicated to an origami novice, the pro paper artist told us on average the time to create each piece ranged from 15 to 20 minutes, with the longest being an acorn, clocking in at three and a half hours.

Ross is happy when folding any figure, but his favorites are the werewolf and the octopus, while his favorite shot (although hard to pick) was the last one — a crane, the perfect way to wrap up his year-long origami journey.

Ross isn’t doing another daily project this year, but he is planning on posting new work on his Instagram, mainly focusing on stop-motion videos using origami creations for clients (HOW COOL!).

Does this origami project inspire you to take on a daily or monthly making challenge? Let us know in the comments.