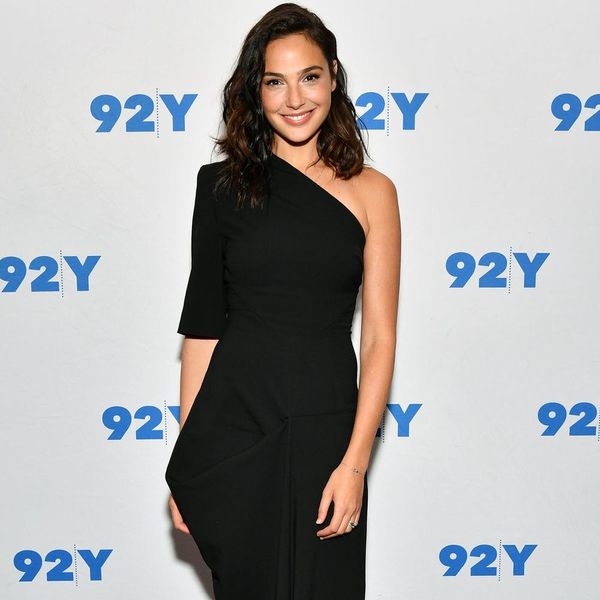 Wonder Woman was arguably the biggest movie of 2017. Besides smashing box office records, Diana Prince’s arrival on the big screen gave girls and women everywhere the superhero we’d been waiting for. With a sequel in the works, and director Patty Jenkins at the helm for the second story, fans have been waiting to hear if star Gal Gadot’s salary will increase for the second movie (it was shockingly low for the first).

With the character set to appear in Justice League, which premieres Friday, fans won’t have to wait for the sequel to see Wonder Woman on the big screen. But reports are swirling that star Gadot has yet to officially sign her contract for the second Wonder Woman movie because executive producer Brett Ratner is still attached to the film. Her reported reason? In light of recent allegations against the director-writer-producer, Gadot is rumored to not want to work with a man accused by multiple women (including actresses Olivia Munn and Ellen Page) of sexual harassment and assault.

Gossip column Page Six has been reporting that Gadot is withholding her confirmation for Wonder Woman 2 until Warner Bros. buys out the financing deal that Ratner’s RatPac-Dune production company holds for part of each of the D.C. Comics franchise. While Warner has canceled upcoming projects with the director, the studio has not announced a buyout of Ratner’s options on movies with the company.

The allegations against Ratner have been intense. Last week, actress Ellen Page shared a harrowing story of a series of homophobic remarks the director made against a then-16-year-old actress while they were filming X-Men: Last Stand, including publicly outing her before she fully was ready to come out.

While Gadot’s camp has not confirmed or spoken at all about the Page Six story, having Ratner’s company off of WW may be difficult for the WB. Refinery29 reports that RatPac-Dune has financed 25 percent of the studio’s movies over the last few years, including award winners The Lego Movie, Gravity, and It.

Last month, Gadot backed out of an event celebrating Ratner where he was to receive Tree of Life Award from the Jewish National Fund, with the actress stating at the time that she was busy promoting Justice League and would be unavailable.

What do you think the real story is behind Gal Gadot’s contract? Tell us @BritandCo!

Kat Armstrong
Kat has been a writer, social media maven and mom for longer than she's willing to admit. She's also spent time in front of and behind the camera, interviewing celebs, politicians and acting as a producer for fashion and artistic photography shoots. When she isn't writing for various orgs and publications, she's hanging with her kids, husband and French Bulldog, Peter, in Toronto, Canada.
Celebrities
Current Events
Celebrities Controversy Movies
More From Current Events