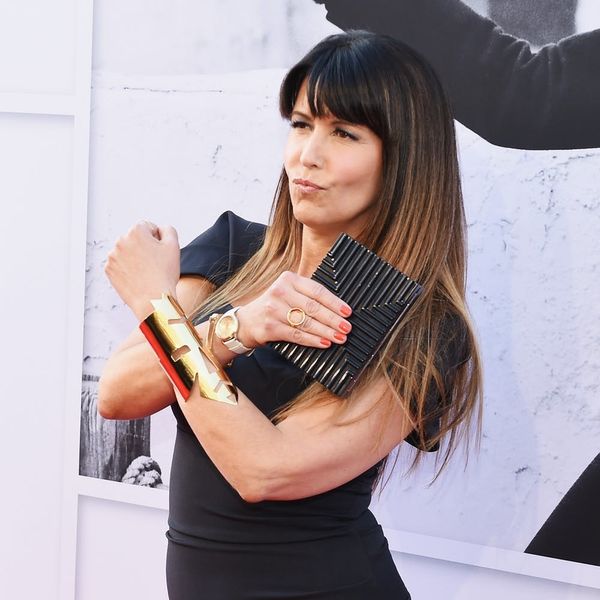 In an interview with the UK’s The Guardian yesterday, Titanic director James Cameron spoke about his badass female leads (specifically, Sarah Connor in Terminator 2) and, in the process, belittled Patty Jenkins’ Wonder Woman, the biggest live-action film ever helmed by a female director.

“All of the self-congratulatory back-patting Hollywood’s been doing over Wonder Woman has been so misguided,” Cameron said in his interview. “She’s an objectified icon, and it’s just male Hollywood doing the same old thing! I’m not saying I didn’t like the movie but, to me, it’s a step backwards. Sarah Connor was not a beauty icon. She was strong, she was troubled, she was a terrible mother, and she earned the respect of the audience through pure grit. And to me, [the benefit of characters like Sarah] is so obvious. I mean, half the audience is female!”

The director’s comments did not sit well with many, including Jenkins, who responded to Cameron in a post on Twitter. Jenkins said that she appreciates and respects Cameron’s work, but that he may not fully appreciate the significance of the movie. “James Cameron’s inability to understand what Wonder Woman is, or stands for, to women all over the world is unsurprising as, though he is a great filmmaker, he is not a woman,” Jenkins said in her statement.

“Strong women are great. His praise of my film Monster, and our portrayal of a strong yet damaged woman, was so appreciated. But if women have to always be hard, tough, and troubled to be strong, and we aren’t free to be multidimensional or celebrate an icon of women everywhere because she is attractive and loving, then we haven’t come very far, have we,” she continued. “I believe women can and should be EVERYTHING, just like male lead characters should be. There is no right and wrong kind of powerful woman. And the massive female audience who made the film a hit it is, can surely choose and judge their own icons of progress.”

With Wonder Woman smashing box office records, and both Gal Gadot and Jenkins signed on for the sequel, it’s clear that fans loved this movie and want more from the duo. And Jenkins hopes their success will open the door to more women in Hollywood.

“I hope the success of the film will lead to change and lead to other people getting opportunities,” Jenkins told reporters this week. “I hope women become a diverse, easy hire for all sorts of jobs in the future.”

What do you think of Cameron’s comments and Jenkin’s rebuttal? Tell us @BritandCo!