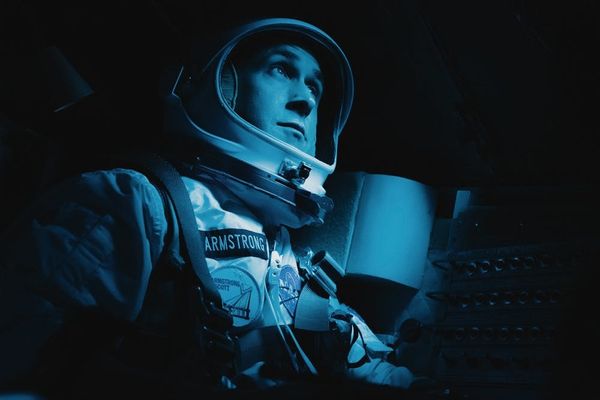 Ryan Gosling’s new movie First Man isn’t just a hit among critics — the film has two other very vocal fans in the actor’s young daughters, who thought their dad was a real-life astronaut after visiting the film’s set.

“I was in a space suit and pretending to launch,” Gosling explained on Jimmy Kimmel Live! Wednesday night. “I think they think I’m an astronaut now. My oldest said, she pointed to the moon and she was like, ‘That’s where you work, right?'”

Gosling has two daughters, Esmeralda, age 4, and Amada, age 2, with Eva Mendes, and while his little girls’ ideas were based on their vivid imaginations, First Man is, of course, rooted in real life. The film is based on the book First Man: The Life of Neil A. Armstrong and tells the story of NASA’s work to get a man on the moon, showing the grueling and groundbreaking mission through Armstrong’s perspective between the years 1961 and 1969.

The movie saw Gosling reunite with his Oscar-winning La La Land director Damien Chazelle, although it sounds like this film was a little more dangerous than their previous endeavor. The actor told Jimmy Kimmel back in June that he actually suffered a minor concussion on set after spending hours on end in a “multi-access trainer,” a machine made to train astronauts for emergencies in space.

“It’s this thing that kind of sends you, like, NASA teakettle… they would only do it for maybe 20 minutes at a time or something… I started to sort of smell a rat up here,” he said, pointing to his head. “That, and getting banged around in the capsules, hitting my head.” Hopefully, come awards season, it will all have been worth it!

Are you excited to see First Man? Let us know @BritandCo!