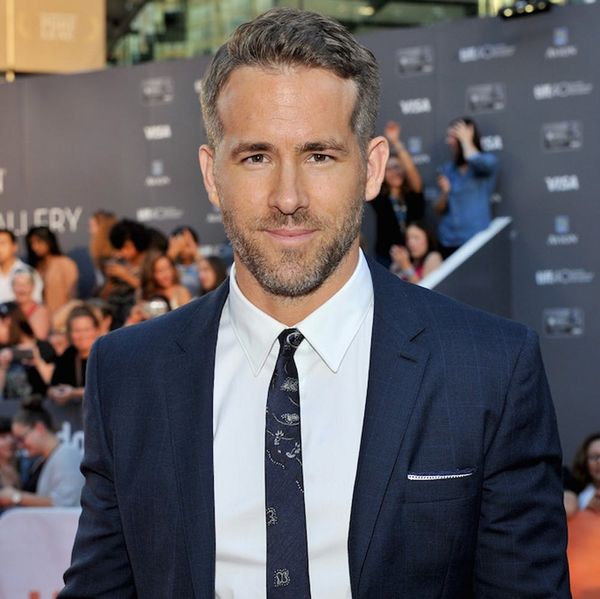 Ryan Reynolds is undoubtedly a very happily married man — him and Blake Lively basically currently define #RelationshipGoals, and we love them. But if you’re like us, more often than you care you admit, the words “Remember when he was engaged to Alanis Morissette?!” find their way into conversation. And if that’s the case, this video will probably make your jaw drop (in a good way!).

Yes, that is Ryan singing Alanis’ “Ironic” to Matt Lauer live on Today. He didn’t mention her name, and the moment came up innocently enough — Lauer asked Ryan, promoting Deadpool, what kind of superhero powers he’d want in real life.

“I think I would love to be able to on-demand reenact any ’80s music video in slow motion,” he said, being the giant goof that he is. He proceeded to sing some ’80s hooks, then moved to the ’90s with Salt-N-Pepa’s “Shoop,” then, yep: “And isn’t it ironic, don’t you think?” In that moment, the universe righted itself just a little tiny bit.

What would YOUR superhero powers be? Let us know on Twitter at @britandco!