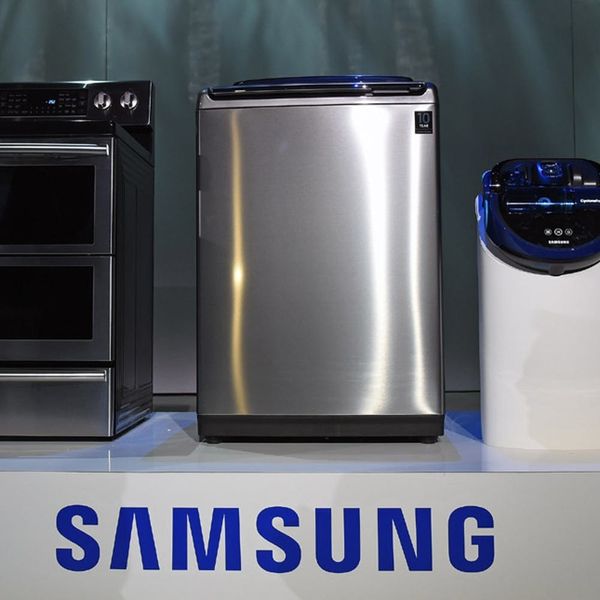 Samsung is turning into a hollow company. The tech giant has been plagued by the Galaxy Note 7 fiasco for the last couple of months and has already lost BILLIONS from the exploding phone. But now it looks like the company’s problems have spread (like wildfire) into its other ventures.

Samsung just recalled 2.8 million top-loading washing machines because they, apparently, can fall apart during use. Specifically, according to the Consumer Product Safety Commission, “The washing machine top can unexpectedly detach from the washing machine chassis during use, posing a risk of injury from impact.” Fun! Over 700 of the machines have come undone so far and nine injuries have been reported — including a broken jaw. Those who bought the washing machine can either receive free in-home repair or a rebate for a new machine.

However, despite all these dangerous Samsung products, some people remain loyal to the brand. There is such a significant amount of people in New Zealand still using the Galaxy Note 7 that the company has announced that it will cut cell service from all Note 7s in the country later this month. Starting November 18, loyal daredevils in New Zealand will not longer be able to make calls, use data or send text messages from their potentially explosive phones.

Perhaps this is the way Samsung ends: First with a bang and then with another bang.

How do you feel about Samsung lately? Let us know @BritandCo!