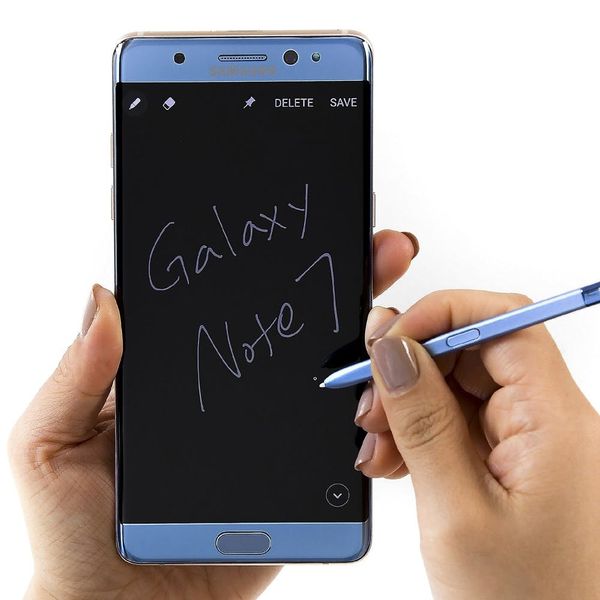 RIP to the Galaxy Note 7. We will remember you, with your brief and explosive moment in the spotlight. Today Samsung officially told all carriers and retailers to stop selling the phone and told owners who already have the phone to “power down and stop using” it. Customers who bought the phone are eligible for a free exchange or refund with most carriers. If you bought one, call up your carrier and ask for their specific policies.

It’s hard to remember a time when the Galaxy Note 7 wasn’t the target of Internet jokes or bad news stories. But there was such a time. In honor of the phone’s end, we thought we would present to you The Samsung Galaxy Note 7, A Life Story:

The phone debuted on August 3 to a flurry of good press. We were all super excited about the phone’s retina scan, waterproof tech and curved screen. When the phone hit shelves on August 19, it was quickly bought up. But then on September 2 (simpler times!), it was revealed that the phones were prone to overheating and exploding. The hottest new smartphone quickly became the hottest new smartphone, but like, in a not-good, literal way.

Over September, things kept getting worse. Samsung lost a ton of money while people kept getting (again, literally) burned. Then it came out that not only were the phones exploding, but their “safer” replacements were also exploding. And Samsung washing machines and the Note 2. It was an explosive time for Samsung.

And yesterday, after months of one bad story after another, Samsung announced that it was stopping production on the phone. Today, the nail is in the coffin for the Galaxy Note 7. Now we remember the two months that the phone spent on our planet. They may not have been better times, but they were warmer. Hotter. Explosive, even. OK, we’re done now.

Did you buy the Galaxy Note 7? Let us know @BritandCo!